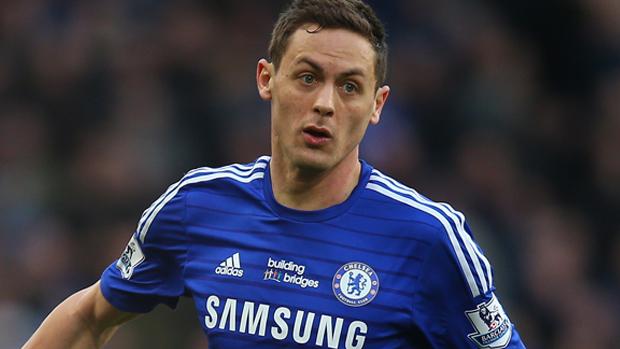 The Football Association has reduced Nemanja Matic’s suspension to two games following his sending off against Burnley on Saturday, but the decision hasn’t gone down too well at Stamford Bridge.

Matic was controversially dismissed midway through the second half of Chelsea’s 1-1 draw with Burnley after reacting angrily following a shocking late challenge from Ashley Barnes – which went unpunished by the officials.

The dismissal proved to be a turning point in the game as the visitors took full advantage of their extra man by scoring a late equaliser to dent the Blues Premier League title hopes.

The FA confirmed on Monday that no retrospective action would be taken against Barnes as referee Martin Atkinson claimed he had seen the incident.

Chelsea appealed against the automatic three-match ban that was handed to Matic following his sending off in the hope that the FA would show leniency as he only reacted to a career-threatening tackle.

The FA announced a short time ago that although they acknowledged the Barnes tackle was provocative, they say it didn’t excuse the midfielders violent reaction so they have only reduced the Serbian’s ban from three-games to two.

“In reaching this decision the members of the Regulatory Commission rejected the mitigation advanced by Nemanja Matic in respect of the provocation and tackle he received which led to his act of violent conduct.

“The violent response of Mr. Matic to the nature of the tackle cannot be condoned and does not vindicate his subsequent actions. The members of the Commission did, however, accept the mitigation in respect of the level of force used by Mr. Matic and the nature of the contact he made with Mr. Barnes of Burnley FC.

“Having made those considerations we determined that the standard punishment of a three-match suspension would be clearly excessive and, therefore, ordered that the suspension be reduced to two matches.”

However, Chelsea have blasted the decision not to reduce the ban further with a statement on Chelseafc.com stating that the clubs board are ‘extremely disappointed’ by the outcome and they will await the FA’s written reasons before commenting further.

The Chelsea Football Club Board is extremely disappointed and frustrated that the FA Regulatory Commission has today decided not to reduce Nemanja Matic’s suspension to the maximum extent permitted under FA rules.

There has been universal condemnation of the reckless challenge made by Ashley Barnes on Matic and it is the club’s view that he has been unjustly punished with a two-match ban for his reaction to a career-threatening tackle.

It is Chelsea’s opinion that referees and the football authorities must do more to protect players at all levels of the game from dangerous challenges. This decision also clearly demonstrates a need for consistency and fairness in the disciplinary process.

The club awaits The FA’s written reasons, prior to commenting further.

It seems Chelsea aren’t going to take this laying down, despite seeing the ban reduced to two games, but the fact remains that Matic will now miss their next two games including Sunday’s Capital One Cup Final against Tottenham.

The midfielder will then miss the trip to Upton Park to face West Ham three days later but the good news is that following the reduction, he’ll now return for the visit of Southampton to Stamford Bridge on Sunday 15 March.