Liverpool take on Man Utd at Anfield on Sunday afternoon. Here’s a preview with team news, line-ups, predicted score and betting tips for the game.

Liverpool entertain fellow top-four hopefuls Manchester United at Anfield on Sunday afternoon in a game that will go a long way to determining who qualifies for the Champions League next season.

The hosts go into the game as one of the Premier League’s in-form teams having won their last five games which included victories over the likes of Tottenham, Southampton and Manchester City.

Brendan Rodger’s side are on a long unbeaten run which stretches back to 2014 with the Merseysiders last tasting defeat against tomorrow’s opposition at Old Trafford in December.

United triumphed 3-0 that day to go 10 points clear of Liverpool but that gap has now been cut to just two points and with the duo sitting fourth and fifth in the table and Arsenal winning today, this match is going to prove pivotal in their Champions League hopes.

United were back to their best last week as they thrashed Spurs 3-0 at Old Trafford so van Gaal will be hoping for a repeat performance from his players tomorrow.

Liverpool midfielder Lucas Leiva will be assessed ahead of the game after returning to full training last week following a groin injury that kept him out for six weeks.

Mario Balotelli is also back in contention after recovering from illness that saw him miss the win at Swansea while Steven Gerrard could start after making his comeback with a substitute appearance at the Liberty Stadium.

United welcome back Angel Di Maria after he served his one-game game last weekend but Jonny Evans is still out as he continues to serve his suspension for sitting.

Luke Shaw and Marcos Rojo are back in training but are only likely to be fit enough to make the bench while Robin van Persie is still nursing an ankle injury. 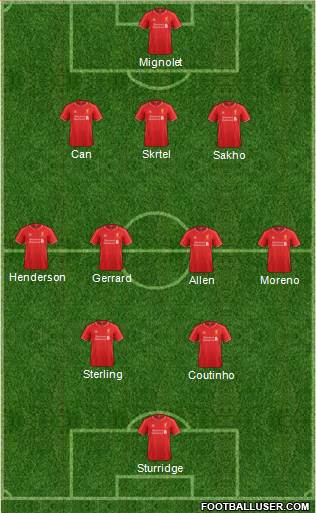 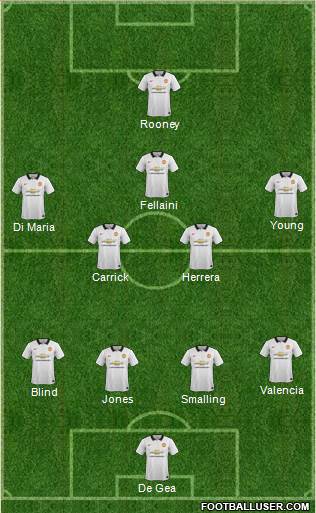 Liverpool 1-1 Man Utd: This game is so huge that it may make for a rather cautious affair as both sides might adopt a ‘must not lose’ attitude rather than gun-ho attacking football. Liverpool have been in some great form of late but Utd keep grinding out results and looked impressive against Spurs, so I’m going for a low-scoring draw tomorrow.

Liverpool are the narrow favourites to win the game at 11/10 but we can get you enhanced odds of 5/1 on Liverpool and 6/1 on Man Utd to win, while you can also get money back if you lose and up to £100 in free bets. However, I’m going for a 1-1 draw which you can get at odds of 11/2 while I also fancy Raheem Sterling to open the scoring at odds of 13/2, and if we combine those two bets in a scorecast then we get very tempting odds of 35/1. Surely that’s got to be worth a couple of quid!?