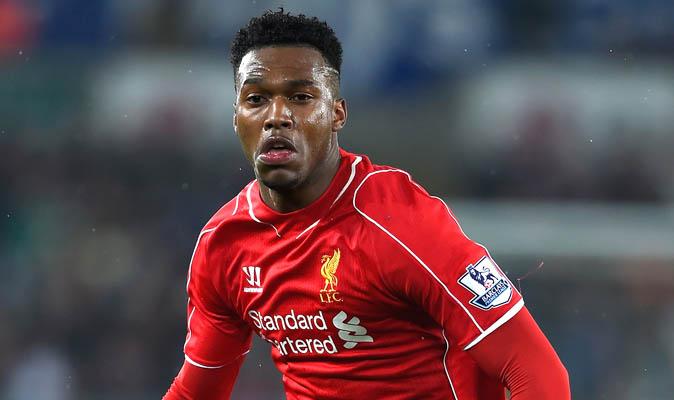 Liverpool have been dealt a major injury blow as Daniel Sturridge has been ruled out for a month with a hip injury meaning he’ll miss next weeks crucial game at Arsenal, according to reports.

Sturridge withdrew from the England squad for their upcoming double-header against Lithuania and Italy last week due to a hip injury.

The striker suffered the injury during Liverpool’s 2-1 defeat to Manchester United last weekend and it was initially thought to be nothing more than a minor problem.

However, the scans that Sturridge underwent with England earlier this week revealed that the injury was far worse than first thought and now he now looks set for another spell on the sidelines.

Speaking to the media at yesterday’s pre-match press conference ahead of tonight’s European Championship qualifier against Lithuania, boss Roy Hodgson confirmed that Sturridge has a small tear in hip muscle.

“I’m a little bit disappointed for Daniel Sturridge, because when he came to us he didn’t really feel that the slight problem he felt was really any problem at all.

“When we did the scan and it turned out that there was a problem he was absolutely devastated, because he didn’t want to leave us. There was no option because he has a slight tear and you can’t play through that.” Hodgson is quoted as saying by the Mirror

Sturridge is now back on Merseyside receiving treatment from Liverpool’s medical staff but the Mirror claim that he’s likely to be ruled out for four weeks meaning he’ll miss a crucial part of the season run-in.

The 26-year-old will sit out next weekend’s vital trip to North London to face Arsenal where Liverpool will look to keep their top four hopes alive. The Anfield club head into the game sitting five points off fourth-placed Man Utd and six behind the Gunners so they desperately need a positive result to get their Champions League qualification hopes back on track.

The loss of Sturidge will be a major blow to Brendan Rodgers and if the striker is out for the full four weeks then he’ll also miss the FA Cup quarter final replay at Blackburn, as well as further league games against Newcastle, Hull and potentially West Brom.

Rodgers will already be without captain Steven Gerrard and defender Martin Skrtel for the next three games through suspension, while Raheem Sterling, Simon Mignolet and Adam Lallana are also nursing injuries, so the Northern Irishman’s squad is going to be tested over the coming weeks.