Arsenal have cooled their interest in Raheem Sterling as Manchester City get set to test Liverpool’s resolve with a formal £30m bid at the end of the season.

As the opening of the summer transfer window approaches, managers are working hard identifying targets and lining-up potential deals so we’ll bring you all the news and gossip. Today, more on the future of Liverpool’s Raheem Sterling… 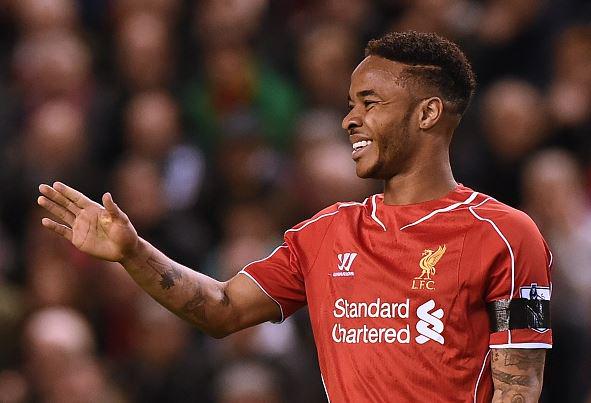 Arsenal have cooled their interest in Raheem Sterling as Manchester City get set to test Liverpool’s resolve with a formal £30m bid at the end of the season, according to reports.

Sterling has just over two years left on his current deal and has cast doubt over his long-term future at Anfield after shelving talks over an extension until the summer.

The 20-year-old confirmed in an interview with the BBC earlier this month that he had rejected the Reds latest offer of £100,000-a-week but insisted it was his footballing ambition, not money, that would determine whether he signs a new deal or not.

The uncertainty over his future has led to interest from a whole host of Premier League clubs with Arsenal, Chelsea, Manchester United and Manchester City all thought to be keen on luring him away from Merseyside.

However, the Daily Mail are reporting today that Arsenal have cooled their interest in signing the England attacker after footage emerged this week of the youngster smoking a shisha pipe and inhaling nitrous oxide.

The newspaper suggests that the fact Sterling also did that now infamous BBC interview without Liverpool’s permission hasn’t gone down well among the hierarchy at the Emirates so they now have reservations about signing him in fear that similar scenarios at Arsenal would tarnish the clubs reputation.

Arsene Wenger has been forced to condemn smoking and the use of shisha pipe’s in recent years after Jack Wilshere was photographed doing both and it appears the North Londoners don’t want another player on their books who may be caught up in such scandals.

However, while the Gunners may have cooled their interest the Mirror claim that Manchester City are ready to go full steam ahead with their attempts to land Sterling this summer and will test Liverpool’s resolve with a £30m offer as soon as the season is over.

Liverpool boss Brendan Rodgers has publicly insisted that they won’t entertain any offers for their star man this summer, despite his contract stand-off, but the Mirror state that City are confident they’ll be able to get their man.

We’ll have to wait and see how well-placed that confidence is but it’s certainly gearing up to be an interesting few months and Sterling looks like he’s going to be one of the main transfer sagas of the summer.

He still has over two years left on his deal, so Liverpool are under no immediate pressure to sell, but City will be hoping that the clubs hierarchy will feel that it might be best to cash-in now while his value remains high if the player makes it clear he won’t sign a new contract.

I’m sure many clubs will have slight reservations following the recent newspaper scandals but we’ll have to wait and see whether it’s enough to prevent the likes of Arsenal making a serious move for his signature, if Liverpool do decide to sell this summer.