Liverpool take on Aston Villa in the quarter finals of the FA Cup. Here’s a preview with team news, line-ups, predicted score and betting tips for the game.

Liverpool will be looking to book their place in the FA Cup Final when they take on Aston Villa at Wembley on Sunday afternoon.

Brendan Rodgers side have been given fresh hope in their quest for a top four finish in the Premier League following Manchester City’s recent collapse but their focus will firmly be set on reaching the final of the FA Cup this weekend.

The Reds were made to work hard for their place in the last four after being forced to a replay by Blackburn Rovers in the quarter final stages, with Philippe Coutinho netting the winner at Ewood Park last week to secure a 1-0 win.

Aston Villa on the other hand eased past West Bromwich Albion 2-0 in the previous round and will be hoping to reach the final for the first time since 2000, when they lost to Chelsea in the last final to be played at the old Wembley.

Tim Sherwood has rejuvenated Villa following his arrival in February and an excellent 1-0 victory at former club Tottenham Hotspur last weekend moved them six points clear of the relegation zone, so they can go into the game tomorrow full of confidence they can pull off a shock.

Liverpool welcome back Steven Gerrard to the squad after serving his three-game suspension following his dismissal against Manchester United but it remains to be seen whether Rodgers will bring his captain straight back into the starting eleven.

Martin Skrtel is also available again after serving his own three-match ban and he’s expected to start at the back alongside Emre Can, with Mamadou Sakho still on the sidelines.

Daniel Sturridge faces a late fitness test but he’s unlikely to be deemed fit enough to start so Raheem Sterling should lead the attack. Jordon Ibe is cup-tied but Mario Balotelli could return after a three-game absence through illness.

Sherwood has confirmed that Shay Given will start in goal for Villa but midfielder Carlos Sanchez is suspended.

Gabriel Agbonlahor faces a late fitness test with a hamstring injury while Ciaran Clark and Alan Hutton are both out through injury.

However, Scott Sinclair and Ashley Westwood are expected to feature after recovering from hamstring problems. 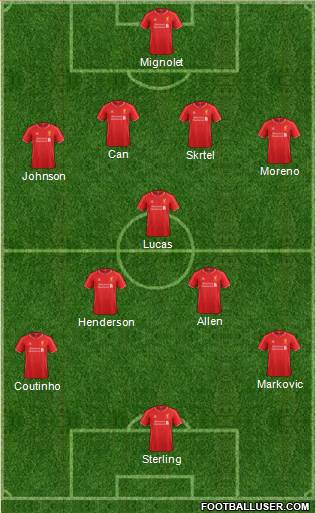 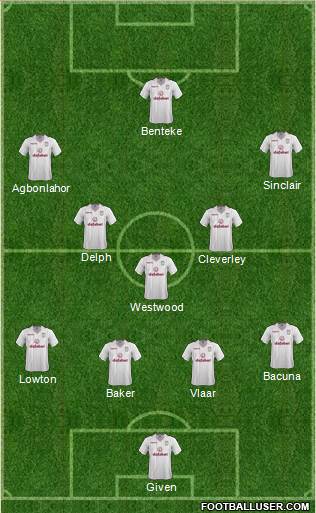 Aston Villa 1-2 Liverpool: The Reds squeezed past Blackburn in the last round but were back on form against Newcastle last time out. Villa will no doubt give a good account of themselves and I can see it being a tight game, but I think Liverpool will edge it to book their place in the final against Arsenal.

Liverpool are the 8/13 favourites to win the game but Football-Talk can get you enhanced odds of 4/1 for a Liverpool win, plus you’ll get money back if you lose and up to £100 in free bets. My prediction of 2-1 is on offer at odds of 15/2 while I also like the look of Raheem Sterling to open the scoring at 5/1. If we combine those bets in a scorecast then we get very tempting odds of 25/1. Surely that’s got to be worth a couple of quid!?