Man Utd will make a £20m offer to Spurs for Hugo Lloris if David De Gea joins Real Madrid and the French No.1 is keen on making the move to Old Trafford

With the summer transfer window in full swing, managers are working hard trying to strengthen their squads ahead of the new season so we’ll bring you all the news and gossip. Today, Man Utd are linked with Hugo Lloris…. 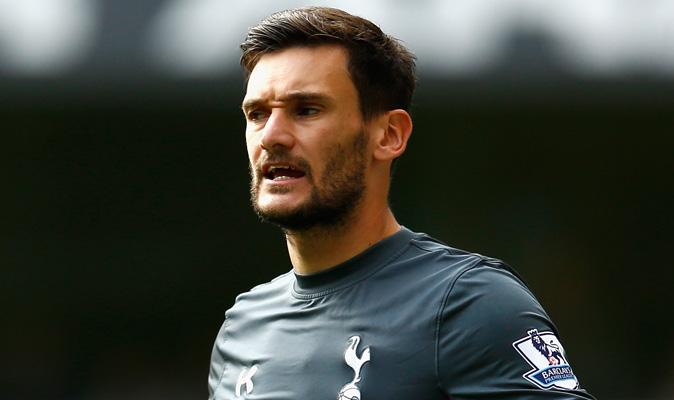 Manchester United will make a £20m offer to Tottenham for Hugo Lloris if David De Gea joins Real Madrid this summer and the French No.1 is keen on making the move to Old Trafford, according to the Express.

De Gea’s future has been called into question as he’s now in the final year of his contract and has been hotly tipped to make a move to Madrid to replace legendary goalkeeper Iker Casillas – who’s joined FC Porto.

The proposed move appeared to have stalled in recent weeks but the 24-year-old’s girlfriend has been quoted in the Mirror today as hinting that De Gea will eventually return back to his homeland before the transfer window slams shut.

If that was to happen, it would leave a huge void to fill in the United team but it appears Louis van Gaal has drawn-up a contingency plan to try and bring in a suitable replacement swiftly as the Express are citing a report from L’Equipe which claims that should De Gea leave, United will quickly table a £20m offer for Tottenham goalkeeper Hugo Lloris.

It remains to be seen whether Spurs would accept that sort of money but the newspaper suggests that the France No.1 would jump at the chance of moving to Old Trafford if the two clubs could agree a fee.

Lloris was also quoted back in June as saying he is keeping an eye on the goalkeeping situation at United and admitted that he wants to play in the Champions League. He’s quoted as saying by the Express:

“For the moment there is a goalkeeper at United and we are watchful of his situation.

“You have to keep a certain calm with all this. If things should happen then they’ll happen naturally.”

“I think every player wants to play this competition because it’s a high level and we work for that, we work every day for that and I hope to get there and there’s a chance in my career to play Champions League.”

These comments appear to support the idea that Lloris would be keen on moving to United and I personally think he’d be the ideal replacement for De Gea if he was to join Madrid.

The 28-year-old has proven himself to be one of the most reliable goalkeepers in the Premier League since making the move to White Hart Lane from Lyon three years ago and a player of his ability really should be playing at the highest level of European football.

United have already signed Sergio Romero but I have a feeling the Argentinean international has been brought in to replace the out-of-favour Victor Valdes, so a No.1 like Lloris is certainly needed should De Gea head back to Spain.

However, I think it’s going to take a lot more than £20m to persuade Tottenham to sell as he’s a vital part of Mauricio Pochettino’s starting eleven and chairman Daniel Levy is a tough negotiator.