With the winter transfer window in full swing, manager’s are working hard trying to strengthen their squads ahead of the second half of the season. Today, Arsenal are linked with Andriy Yamolenko… 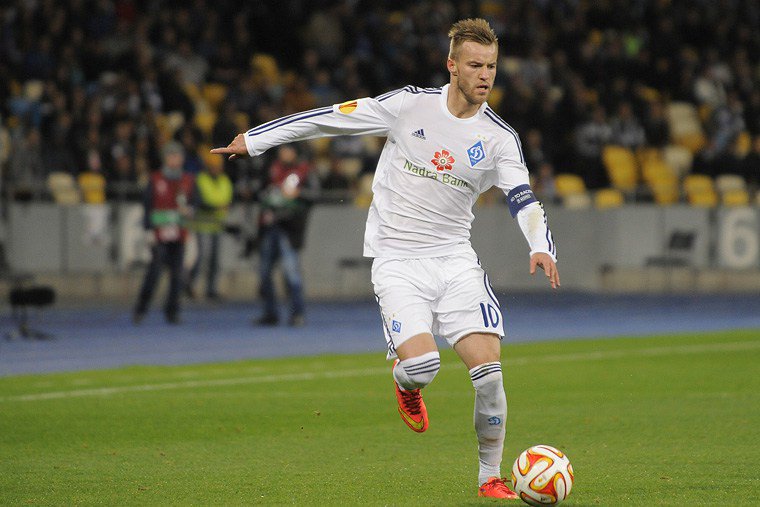 It looks like Arsenal have gazumped Everton to the signing of Andriy Yarmolenko after agreeing a £23m deal with Dynamo Kiev for the Ukrainian international attacker, according to the Express.

Yarmolenko is a name many of you should be familiar with as he’s been strongly linked with a move to the Premier League in recent transfer windows and it looked like he was all set for a move to Everton this month.

The 26-year-old’s agent, Vadim Shabily, has been spotted at Goodison Park on several occasions in recent weeks and the Express suggest the Toffees were prepared to pay £21m for his signature.

However, it looks as though Arsenal have now hijacked Everton’s move as the Express are citing a report coming from Ukrainian outlet Sport that claims we’ve agreed a £23m deal with Dynamo Kiev to bring Yarmolenko to the Emirates.

The newspaper says Arsenal chiefs have agreed that the move will be officially completed at the end of the season as Kiev president Ihor Surkis is determined to keep hold of the winger for their upcoming Champions League tie with Man City.

We’ll have to wait and see how much truth there is behind these reports but it would be an interesting signing if Arsene Wenger has decided to bring Yarmolenko to North London.

The Ukrainian international would certainly add a real goal threat in the final third as he’s scored 13 goals in his 22 appearances so far this season while he’s also netted 22 times in his 55 caps for his country.

Yarmolenko is predominantly a right winger but he’s also capable of playing from the left side so he’d give the boss plenty of options in attack if he does end up coming to the Emirates in the summer.