Chelsea take on Watford at Vicarage Road this evening. Here’s a preview with team news, likely line-ups, betting tips and predicted score for the game

Chelsea will look to continue their climb up the Premier League table when they take on Watford at Vicarage Road this evening.

The Blues have rediscovered some form following the arrival of Guus Hiidink as interim manager and they could move up to eleventh place in the table with another win tonight following last weekend’s victory at Arsenal.

Chelsea followed-up that win at the Emirates with a comfortable 5-1 victory over MK Dons to book their place in the fifth round of the FA Cup so Hiddink will be looking to make it three wins on the spin.

However, Watford won’t be an easy task as Quique Sanchez Flores’ side have been hugely impressive this season and come in to the game sitting four points and three places above the defending champions.

The Hornets ended a poor recent league run with a 2-1 win over Newcastle last weekend while they eased in to the next phase of the FA Cup with victory over Nottingham Forest on Saturday, so they should be full of confidence tonight.

Chelsea expect to have Willian available for selection despite the attacker picking up a foot injury during the win over MK Dons at the weekend.

New signings Alexandre Pato and Matt Maizga are both available for selection but are unlikely to feature against Watford tonight.

Mario Suarez is set to make his debut for Watford after completing his move from Fiorentina during the closing stages of the transfer window.

Jose Holebas is expected to replace Nathan Ake as the defender is ineligible to face his parent club but defenders Tommie Hoban (groin) and Joel Ekstrand (knee) both remain on the sidelines. 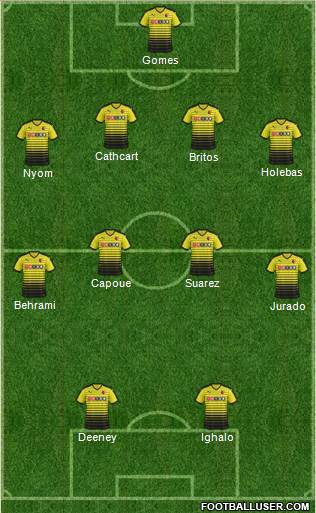 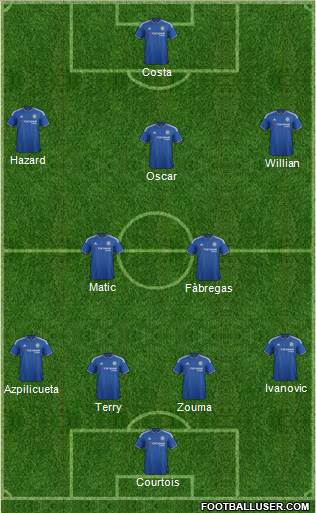 Watford 1-2 Chelsea: I expect Watford to cause Chelsea plenty of problems tonight as they are a well organised side and with the likes of Ighalo and Denney in attack, they are a dangerous outfit going forward. However, Chelsea have been steadily improving under Hiddink and I think they’ll edge this one.

Chelsea are the 10/11 favourites to win the game but Football-Talk can get you enhanced odds of 5/1 on an away win – just click here to take advantage of these crazy odds. My prediction of 2-1 is on offer at 8/1 while I also like the look of Hazard to open the scoring at 7/1. If you combined those two bets in a score-cast then we get very tempting odds of 33/1.