Liverpool take on Bournemouth at Dean Court on Sunday. Here’s a preview with team news, likely line-ups, betting tips and predicted score for the game

Liverpool get back to Premier League action when they take on Bournemouth at the Vitality Stadium on Sunday afternoon.

The Reds head in to the game off the back of another memorable European night at Anfield after they came from 3-1 down to beat Borussia Dortmund on Thursday and secure their place in the last four of the Europa League.

With a semi-final against Villarreal on the horizon and a potential final against either Sevilla or Shakhtar Donetsk, Liverpool have a real chance to win the Europa League and in turn qualify for the Champions League next season.

With the Merseysiders currently sitting eighth in the Premier League table and 11 points off forth place, Jurgen Klopp is expected to make Europe his priority over the coming weeks but the German coach insists they will still take Bournemouth seriously tomorrow.

The Cherries have enjoyed an excellent campaign overall and four wins from their last six games has left them sitting comfortably in mid-table on 41 points, all-but securing their top flight status for another year.

Klopp is expected to make some changes to his starting eleven with Martin Skrtel and Jon Flanagan likely to come in to the defence with Alberto Moreno and Mamadou Sakho rested ahead of the midweek game with Everton.

Divock Origi and Philippe Coutinho could also get a breather with Daniel Sturridge returning up front while Sheyi Ojo could come in to the attack after impressing against Stoke last weekend.

Emre Can has been ruled out for at least four weeks so joins Jordan Henderson on the sidelines meaning Lucas Leiva and Joe Allen should come in tomorrow. Youngster Kevin Stewart could also start in order to protect James Milner.

Bournemouth will hand winger Junior Stanislas a late fitness test but striker Benik Afobe will miss out with a hamstring problem while defender Adam Smith continues his rehabilitation from a hernia. 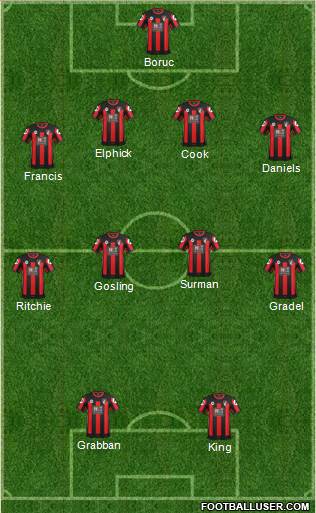 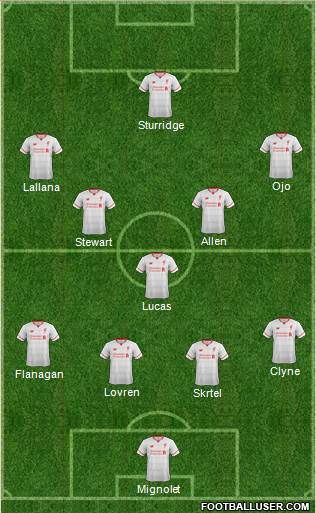 Bournemouth 1-2 Liverpool: The hosts are a great side to watch and have equipped themselves well in the Premier League this season but you’d forgive them for taking their foot off the gas during the final few games. Liverpool should be buzzing after their win over Dortmund and even with Klopp making a few changes, I think the Reds will edge this one.

Liverpool are the 6/5 favourites to win the game but my prediction of 2-1 is available at odds of 8/1 while I also like the look of Sturridge to open the scoring at 4/1. If you combined those two bets in a score-cast then we get very tempting odds of 22/1.