The opening of the summer transfer window is fast approaching so we’ll bring you all the latest transfer rumours and gossip from around the globe. Today, Arsenal are linked with Medhi Benatia…. 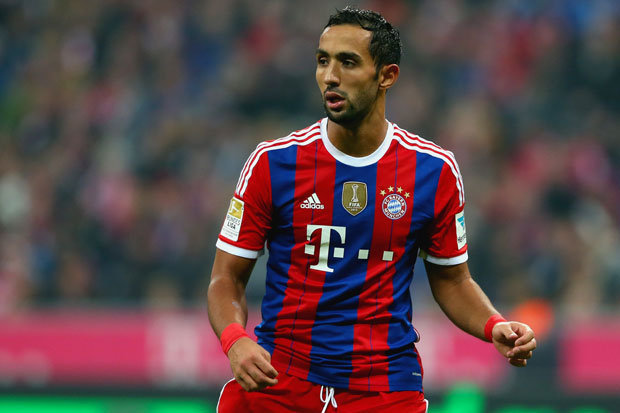 Arsenal are ready to steal a march on Chelsea and Manchester United by submitting a formal offer for Bayern Munich defender Medhi Benatia this week, according to RMC Sport.

Benatia joined Bayern from Roma in 2014 but has struggled with injuries during his time at the Allianz Arena and has only managed to make 29 Bundesliga appearances for the Munich giants in his two years at the club.

Even when fit, the Moroccan international has struggled to establish himself as a first team regular and Benatia is expected to look for a new club this summer as he’s set to fall even further down the pecking order after Bayern reached an agreement with Borussia Dortmund to sign Mats Hummels.

Benatia’s potential availability has attracted interest from the Premier League with French outlet RMC Sport claiming that Arsenal, Chelsea and Manchester United have all expressed an interest in signing the 29-year-old.

In-coming Chelsea boss Antonio Conte is expected to overhaul the squad this summer following a disastrous campaign and the Italian appears to have identified Benatia as the man he needs to compete with John Terry and Gary Cahill next season.

Jose Mourinho looks set to replace Louis van Gaal as United manager over the coming days and the ‘Special One’ is expected to bring in a to class partner for Chris Smalling, and Benatia would fit the bill nicely at Old Trafford.

However, it looks as though Arsenal are set to steal a march on their rivals as RMC Sport claim that the Gunners have made Benatia a prime target and are ready to step-up their interest by tabling a formal offer to Bayern this coming week.

Arsene Wenger desperately needs a reliable partner for Laurent Koscielny as Per Mertesacker and Gabriel have failed to convince this season with familiar problems at the back playing a key role in the North Londoners blowing their best chance to win the title in a decade.

If Arsenal could sign Benatia and get him back to the player we saw at Roma during the 2013/14 campaign then he’d be an outstanding addition to their squad, but I wouldn’t discount the likes of Chelsea or United from the race just yet.

The duo could still step-up their own interest in the defender and look to hijack Arsenal’s proposed move so it’s going to be interesting to see how this all plays out over the course of the summer.