The summer transfer window is now open for business so we’ll bring you all the latest transfer rumours and gossip from around the globe. Today, the latest on Manchester United’s pursuit of Paul Pogba…

Mino Raiola has cancelled a planned medical for Paul Pogba as he continues to haggle with Manchester United and Juventus over his cut in the proposed world record deal, according to the Mirror.

Pogba’s future has been the subject of intense speculation in recent weeks with the French international strongly tipped to complete a sensational world record move back to Old Trafford this summer four years after walking away from the club.

It appeared a deal was edging closer to completion as the Mirror claim that Pogba was due to undergo a medical with Dr Italo Linfante in Miami this week after United agreed personal terms with the midfielder as well as a £100m (€120m) fee with Juventus.

However, it looks like the move could now be in doubt as the newspaper is citing a report coming from Spanish outlet AS that claims Pogba’s agent, Mino Raiola, has now cancelled the scheduled medical tests.

The report suggests that the 48-year-old agent has taken this drastic step as the three parties continue to haggle over who pay’s his enormous commission – which is understood to be in the region of £20m!

Raiola enjoys an excellent relationship with United having already negotiated transfers for Henrikh Mkhitaryan and Zlatan Ibrahimovic this summer but I’m sure officials at Old Trafford will be raising an eye-brow to his most recent actions.

No doubt this is just a tactic by Raiola to try and force United to agree to meet his demands but it’s a risky strategy from the super-agent and supporters will be praying it doesn’t back-fire as Pogba would be an excellent addition to the United squad. 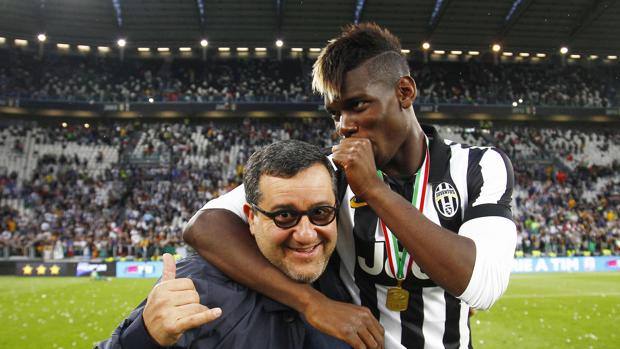 Pogba and Raiola have been pictured sunning themselves in Miami in recent days as the French international enjoys a well-earned break following his participation at Euro 2016 but it remains to be seen whether he’ll be starting pre-season with Juventus or United.

The Mirror seem to think that the Red Devils remain confident of pulling off the world record deal but it looks like there will be a few more twists and turns before we see Pogba holding the United shirt on ManUtd.com.