The summer transfer window is in full swing so we’ll bring you all the latest transfer rumours and gossip from around the globe. Today, Arsenal are eyeing two world class strikers… 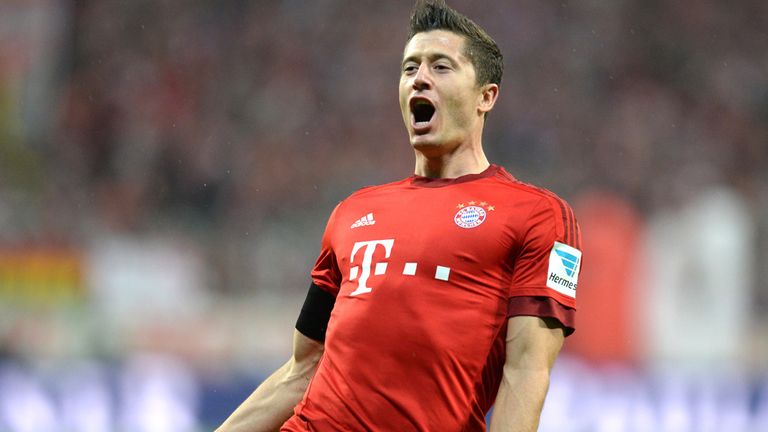 Arsenal boss Arsene Wenger wants to sign a world class striker this summer and is prepared to spend over £60m landing either Robert Lewandowski or Antoine Griezmann, according to the Sun.

Wenger is desperate to sign another forward before the transfer window closes and has been linked with a whole host of names in recent weeks including the likes of Jamie Vardy, Gonzalo Higuain and Alvaro Morata.

Lyon’s Alexandre Lacazette has also emerged as a potential target recently and although the Sun suggest that the French international is on Wenger’s radar, it’s understood he’s considered as a back-up option if the boss can’t land one of his two prime targets.

The newspaper claims that Wenger is hoping to pull off a major coup by signing either Lewandowski or Griezmann and is prepared to spend upwards of £60m on one of the superstar strikers this summer.

Lewandowski is currently stalling on signing a new contract with Bayern Munich after the German giants admitted they couldn’t compete with some of the wages being offered these days, and the Sun claim we’ve already opened preliminary talks to see if a deal can be agreed with the Bundesliga champions.

The Polish international is widely regarded as one of the best all-round strikers in world football and would obviously be a sensational signing if Arsenal were able to pull it off, but I personally don’t see Bayern agreeing to a deal unless they can find a suitable replacement – and as we know there is a shortage of world class strikers around.

If we can land Lewandowski, the newspaper suggests that Wenger will then turn his attention to trying to sign Griezmann but a deal is going to be just as difficult as the Frenchman signed a new long-term deal with Atletico Madrid in June that saw his buyout fee increase to £85.5m.

The 25-year-old was the star of Euro 2016 and we all saw how well he linked up with Olivier Giroud for France, so it would be amazing to see them playing together at the Emirates this coming season.

However, again it’s difficult to see a deal being done for Griezmann as Atletico have no reason to sell for anything less than his buyout fee and there’s no way Wenger will pay £85.5m for one player.

So while it’s great to hear that Arsenal are being ambitious and trying to sign world class players, I’m not getting my hopes up that we’ll be seeing Lewandowski or Griezmann arriving at the Emirates any time soon. Lacazette still seems like the most realistic striker right now.