Tottenham Hotspur will get back to Premier League action after the international break when they take on West Ham at White Hart Lane on Saturday evening.

Spurs secured a hard fought 1-1 draw against north London rivals Arsenal last time out two weeks ago which has left them sitting fifth in the table and five points adrift of leaders Liverpool.

The result at the Emirates means Tottenham remain the only unbeaten team left in the top flight and Mauricio Pochettino will be desperate to maintain that record with another positive result against West Ham tomorrow.

However, the Argentinean coach will be hoping his side start turning draws in to wins as Spurs haven’t tasted victory since beating Manchester City 2-0 at the beginning of October.

They should be confident of getting all three points this weekend as the Hammers head in to the game sitting 17th in the table following a poor start to the season and West Ham have won just one of their last 14 league visits to White Hart Lane.

Pochettino will give a late fitness test to Dele Alli after the midfielder made a swift recovery from a knee injury that kept him out of the Arsenal game before the international break.

Christian Eriksen is expected to shake off a hip problem while Kyle Walker and Danny Rose are available despite minor knocks.

However, Toby Alderweireld remains out with a knee injury while Erik Lamela (hip) and Ben Davies (ankle) remain on the sidelines.

Pochettino is expected to stick with the three-man defence which he deployed at Arsenal with Kevin Wimmer alongside Jan Vertonghen and Eric Dier.

West Ham welcome Diafra Sakho back in to the squad for the first time this season after the striker recovered from a back injury while Winston Reid returns from suspension.

Midfielder Mark Noble is out due to a one-game ban and Andy Carroll is still a couple of weeks away from recovering from an ankle injury but James Collins should be available after overcoming a knock which forced him to withdraw from the Wales squad. 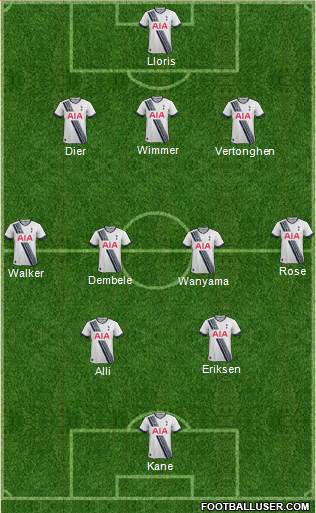 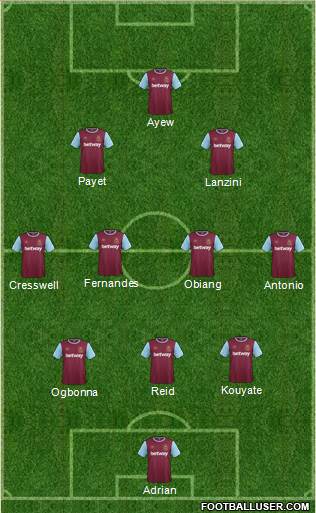 Tottenham 2-0 West Ham: Spurs have been grinding out too many draws this season but I think they should be confident heading in to this game as West Ham have looked a poor side at times this year. Their away form is actually better than their home form but I’m still going to back Tottenham to ease to a 2-0 win tomorrow.

Bookmakers are making it more and more easy for punters to bet on football with the addition of in-play betting on games, betting with PayPal and the ability the bet via your mobile phone device. However, always make sure you only bet what you can afford to lose and do your research before placing your hard-earned cash. For this game, Tottenham are the 8/15 favourites while our prediction of 2-0 is available at odds of 13/2. If you want even more value, then add Harry Kane as first goal-scorer to increase the odds to 16/1.