Tottenham take on Swansea at White Hart Lane on Saturday. Here’s a preview with team news, likely line-ups, betting tips and predicted score for the game

Tottenham Hotspur will be looking to close in on the top four in the Premier League table when they take on Swansea at White Hart Lane on Saturday afternoon.

Spurs slumped their first league defeat of the season with a 2-1 loss to Chelsea last weekend which has left the North Londoners sitting fifth in the table, four points off fourth-placed Arsenal and seven adrift of leaders Chelsea. That result meant that Tottenham have won just one of their last ten in all competitions so Mauricio Pochettino knows his side need to pick up all three points tomorrow in order to keep in touch at the top.

However, the Argentinean coach will feel a little unfortunate to have lost their unbeaten record in the league as they played well at Stamford Bridge last weekend, so they should be confident of seeing-off a Swansea side on home soil. The Swans arrive in the capital off the back of a thrilling 5-4 win over Crystal Palace last weekend but they still remain in the bottom three on just 9 points from their 13 games so far.

Betting on Premier League games is never easy due to the unpredictable nature of England’s top flight but this is as much of a ‘home banker’ as we’re going to find this weekend. Tottenham are the 1/3 favourites to win the game but many of the UK’s best betting sites will offer new customers enhanced odds, so it’s worth checking out what offers are out there.

Tottenham will make a late decision on the availability of central defender Toby Alderweireld after he came through a full week of training this week having recovered from a knee injury.

However, Pochettino says the Belgian international still isn’t feeling 100% so I think we’ll see Alderweireld given more time before being thrown back in to the first eleven.

Danny Rose returns from suspension but Erik Lamela remains out as he continues to nurse a niggling hip injury while Ben Davies is still out with an ankle problem.

Swansea are expected to be without midfielder Ki Sung-yueng as he suffered a broken toe during the win over Palace last week but otherwise Bob Bradley has a fully-fit squad to choose from. 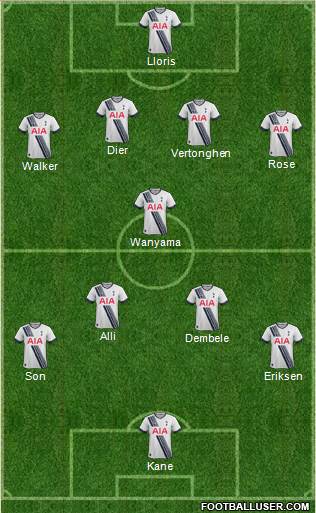 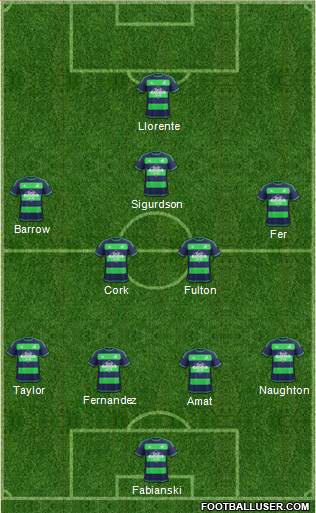 Tottenham 2-0 Swansea: Spurs were unlucky against Chelsea last week and should easily beat a poor Swansea side if they can reproduce that performance again tomorrow. The Welsh outfit have never kept a clean sheet against Tottenham in their 10 league games to date and haven’t beaten them since their promotion in 2011, so I predicted a comfortable win for the hosts.