Arsenal have suffered another injury blow after Arsene Wenger confirmed that one of our players have picked up a calf injury and will be out for 4 weeks. 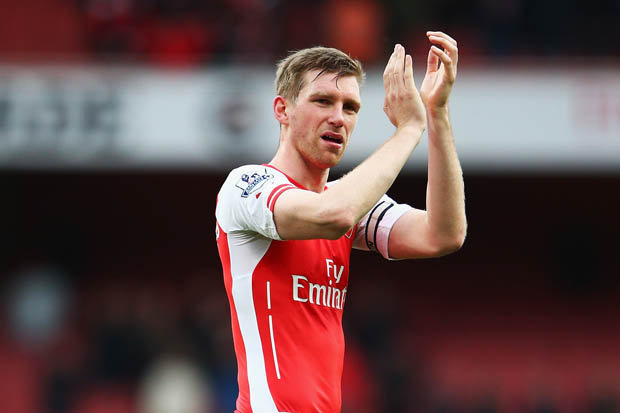 Arsenal have suffered another blow after Arsene Wenger revealed that Per Mertesacker will miss at least another 3 weeks after suffering a setback in his injury recovery.

Mertesacker hasn’t played a single minute of competitive football this campaign after sustaining a knee ligament injury during our pre-season friendly with Lens back in July 2016.

After undergoing an intense rehabilitation programme in Germany, the defender returned to full training in mid-December and was hoping to finally make his first appearance of the season this month.

However, Wenger has now revealed that Mertesacker has suffered a setback after picking up a calf injury in training and is not expected to be available for another 3 or 4 weeks.

on Mertesacker being close to a return…
No. He had a little calf problem. He’s on the pitch but not close. He’s still three or four weeks away, not more.

The setback will have come as a real blow to Mertesacker and he’ll be itching to get back on the pitch after a hugely frustrating season and he may have been in contention to feature in our FA Cup third round clash with Preston later this evening had he not picked up this calf injury.

However, the good news for Arsenal is that we’ve got plenty of options at centre-back with Gabriel and Rob Holding providing good cover for first choice pairing Mustafi and Koscielny.

Therefore, there’s no need to rush Mertesacker back too soon and he can be given plenty of time to recover from calf injury and get himself fully fit before he makes his long-awaited return.