Chelsea take on Peterborough in the FA Cup at Stamford Bridge on Sunday. Here is a preview with team news, line-ups, betting tips and predicted score.

Chelsea will be looking to book their place in the fourth round of the FA Cup when they take on Peterborough at Stamford Bridge on Sunday afternoon.

The Blues head in to the game after seeing their sensational 13-game winning streak come to an abrupt end with a 2-0 defeat to Tottenham Hotspur at White Hart Lane on Wednesday night.

Antonio Conte insists the club are still well positioned as they sit five points clear at the top of the Premier League table and the Blues boss is hoping to see his players bounce back with a win in the third round of the cup tomorrow.

However, they’ll face a Peterborough side that sit eighth in the League One table after going undefeated sine November so Chelsea shouldn’t be taking this task too lightly.

Conte has confirmed he’ll make plenty of changes for the game as he looks to take the opportunity to rest some of his key men after the hectic festive period.

Kurt Zouma will start his first game in 11 months after overcoming a serious knee injury that he suffered against Manchester United in February of last season.

Conte is also set to give Michy Batshuayi a rare start up front with Diego Costa rested while Willian will be hoping for a recall after being named on the bench last time out.

Skipper John Terry and Branislav Ivanovic are among those hoping for game time while youngsters Nathan Chabolah and Ola Aina could also feature for the hosts. 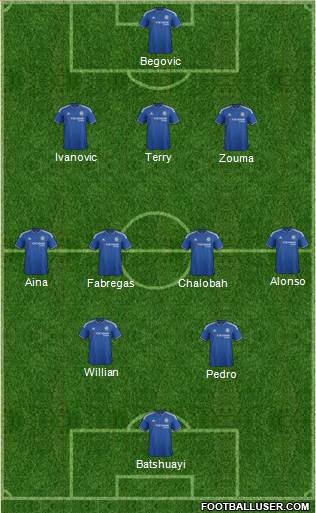 Chelsea 3-0 Peterborough: The Blues may have seen their long winning run come to an end but they lost to a very good Spurs side so still have plenty to be positive about. Despite making a number of changes, Conte is still able to field a side full of talent and I think we’ll see a relatively comfortable home win tomorrow.

Chelsea are the 3/20 favourites with the bookmakers but we can get you enhanced odds of 5/1 on either team winning – just click here to take advantage of these crazy odds. However, here are some other bets I like the look of: