Chelsea will begin the defence of their title when they take on Burnley at Stamford Bridge on Saturday. Here is the side we think Conte will pick:

Goalkeeper: Willy Caballero has arrived on a free transfer from Manchester City this summer but he’s only been signed as back-up to Thibaut Courtois so the Belgian No.1 will retain the gloves on Saturday.

Defence: Conte is set to hand a competitive debut to Antonio Rudiger following his summer move as the German international is expected to line-up in defence this weekend.

Gary Cahill should skipper the side while the back three will be made up by David Luiz with the Brazilian international once again lining-up in the middle of defence.

Midfield: Victor Moses is suspended after being sent off in the FA Cup last season so Cesar Azpilicueta is set to be moved out in to the wing-back position against Burnley.

Conte is yet to sign another left-back so Marcos Alonso should continue in his wing-back role this weekend while N’Golo Kante is also a guaranteed starter in the middle of the park.

Summer signing Tiemoue Bakayoko isn’t under consideration just yet as he’s still working his way back to full fitness from a knee injury so Cesc Fabregas should start in midfield following Nemanja Matic’s move to Man Utd. 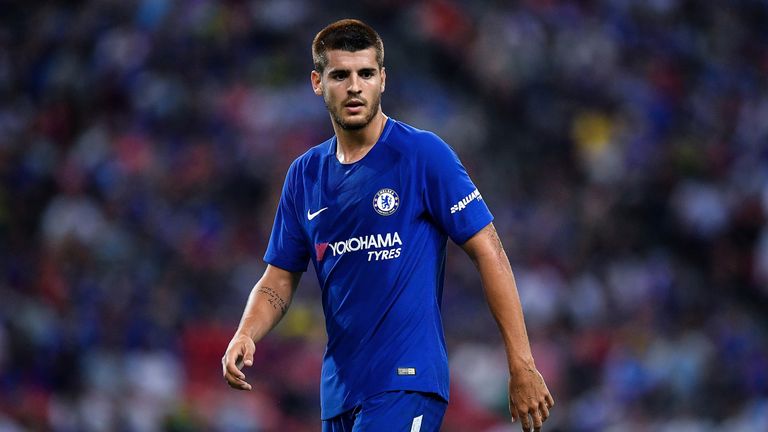 Attack: Alvaro Morata could be handed his competitive debut this weekend. The Spaniard has been eased in to things by Conte following his big money move from Real Madrid but the Blues boss has hinted he’s now ready to start after getting a good weeks training under his belt.

Michy Batshuayi will feel unfortunate to drop out as he’s impressed in pre-season but the Belgian international will be a very useful weapon to have from the bench.

Eden Hazard has been ruled out with an ankle injury that he suffered while on international duty this summer so Willian should join Pedro in the attack. 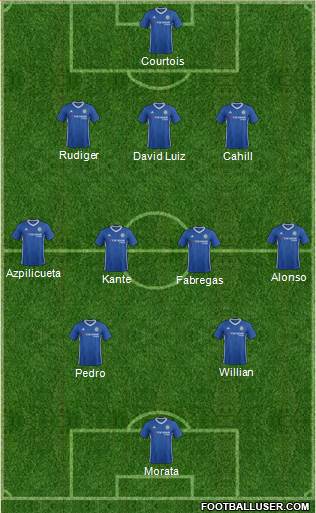