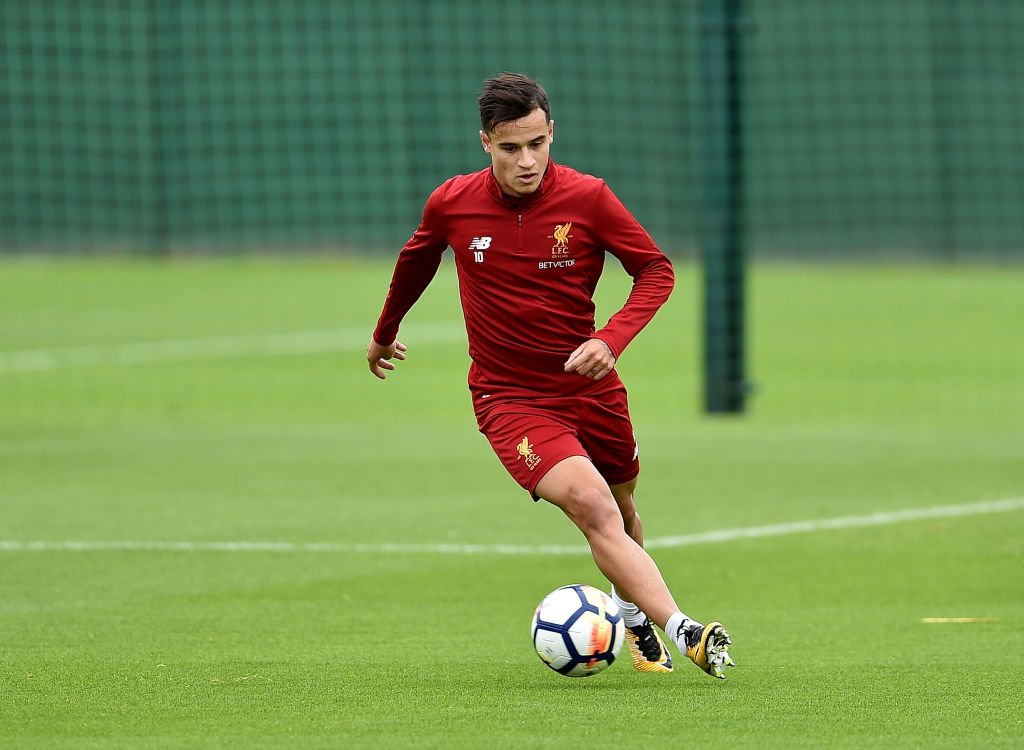 The Reds boss has confirmed that Philippe Coutinho won’t be involved in the squad against City this weekend as they’ve decided it would be more beneficial for the playmaker to continue to work on his fitness in training.

Coutinho is yet to feature for Liverpool this season due to an apparent back injury which prevented him from training properly amid speculation linking the attacker with a move to Barcelona during the transfer window.

The 25-year-old was deemed fit enough to play for Brazil during the international break, however, Klopp has still chosen to leave him out of the squad this weekend in order to continue his work in training.

The Liverpool boss also confirmed that the club have no new injury worries to contend with while Simon Mignolet is set for a recall between the sticks after being rested for the 4-0 win over Arsenal two weeks ago.

“We have got all the numbers (on Coutinho) from the Brazilian FA – the training, the intensity of the training, stuff like that, and it was all okay. And he played twice – I think about 15 or 20 minutes.

“He could have played 15, 20 minutes again in the City game, maybe longer, but I think really it makes sense (to leave him out).

“He agreed completely, so it was not as if he said ‘no, I don’t need training, I want to play’. It was a good conversation.”

No new injuries for #LFC ahead of City game. Mignolet to come back in.

Elsewhere, Adam Lallana will continue to miss out this weekend due to an on-going thigh injury while Nathaniel Clyne is facing several weeks on the sidelines with a back injury.

Liverpool head to the Etihad sitting on seven points from their opening three games so Klopp will be hoping to continue their good form with another positive result against City.