The January transfer window is just around the corner meaning clubs are working hard on potential deals so we’ll bring you all the latest gossip from around the globe. Today, the race hots-up for Wilfried Zaha…. 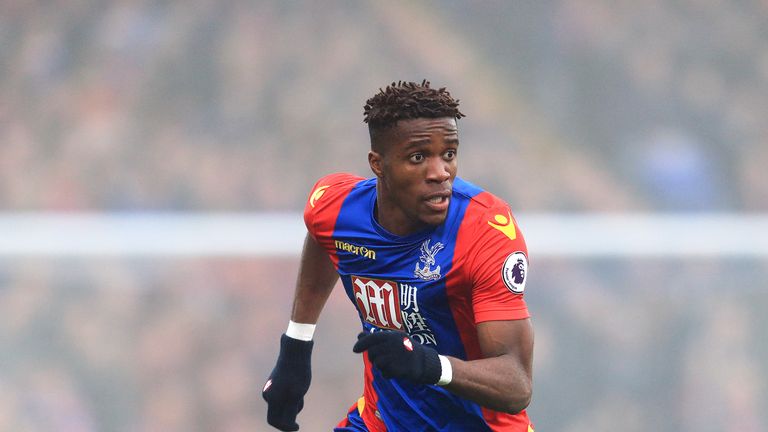 Zaha came through the youth ranks at Palace before earning a move to Manchester United but an unsuccessful two-year spell at Old Trafford saw him re-join his former club in 2015.

Since moving back to Selhurst Park, Zaha has finally started to fulfill his potential with the 25-year-old producing some excellent performances for the Eagles this season.

The winger has scored 4 goals in his 12 Premier League appearances so far to help Palace climb away from the relegation zone having endured a nightmare start to the new campaign.

Zaha’s impressive form has seen him catch the eye of Arsenal and Tottenham with the Mirror claiming that the north London duo are both showing a keen interest in signing the attacker.

Arsene Wenger is on the look-out for attacking reinforcements as Alexis Sanchez and Mesut Ozil are both being tipped to leave when their contracts expires in June and it seems Zaha is on the Arsenal bosses radar.

Tottenham are also believed to be in the market for a new winger to compete with Erik Lamela – who’s just returned from a year on the sidelines with a hip injury – and Zaha would fit the sort of mold Mauricio Pochettino is looking for.

It appears Arsenal and Spurs could face some stiff competition as the Mirror claim Chelsea are now lining-up a swoop of their own after Antonio Conte identified Zaha as a potential target.

However, the newspaper suggests that any move may have to wait until the summer as Palace will do all they can to hang on to the Ivory Coast international in January in order to help their fight for survival.

We’ll have to wait and see how things develop over the coming weeks and months but it seems like only a matter of time before Zaha gets another chance at a big club and I think we’ll see him move again next summer.