The transfer window is closed but managers are working hard on their plans for the summer so we’ll bring you all the latest gossip from around the globe. Today, Man Utd are linked with Hector Bellerin… 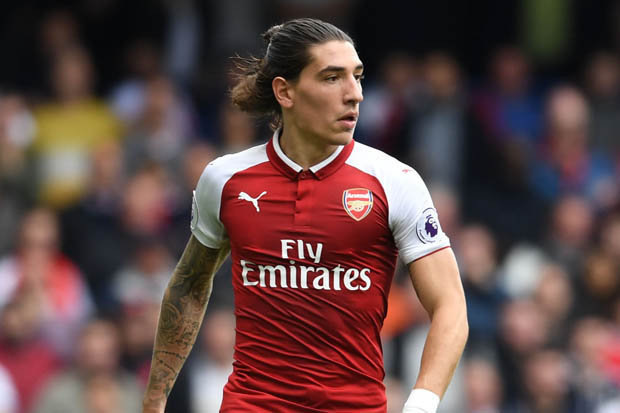 Manchester United have made contact with Hector Bellerin’s agents to discuss a potential move from Arsenal to Old Trafford this summer, according to the Manchester Evening News.

Bellerin has been with Arsenal since joining the clubs youth system from Barcelona and has been an integral part of Arsene Wenger’s starting eleven since breaking in to the first team in 2014.

The right-back signed a six-year contract in 2016 but his future at the Emirates has been called in to question in recent months following a frustrating campaign in north London.

The likes of Man City, Barcelona and Juventus have all been linked with Bellerin but it looks like United have now joined the chase for the Spanish international’s signature.

The Manchester Evening News claim that United have held regular talks with the 22-year-old’s representatives and expressed their interest in signing the defender at the end of the season.

The newspaper says Jose Mourinho is yet to speak with Bellerin personally but United chiefs have made their interest known and asked to be kept up to date with any developments over his future.

Mourinho needs to find a replacement for Antonio Valencia – who turns 33 in August – as Matteo Darmian is expected to leave this summer and it seems United have earmarked Bellerin at a potential signing.

The news comes just days after the Daily Mail reported that Arsenal are ready to cash-in on the full-back if £50m is put on the table as the Londoners look to raise money for a summer overhaul.

United certainly have the financial resources to meet that asking price and the Gunners proved with the sale of Alexis Sanchez in January they’re willing to do business with their rivals if the price is right.

We’ll have to keep a close eye on how things develop over the coming months but it’s safe to assume many Arsenal fans would be furious if the club sold Bellerin to United this summer.