The transfer window is closed but managers are working hard on their plans for the summer so we’ll bring you all the latest gossip from around the globe. Today, Liverpool are linked with Ramadan Sobhi… 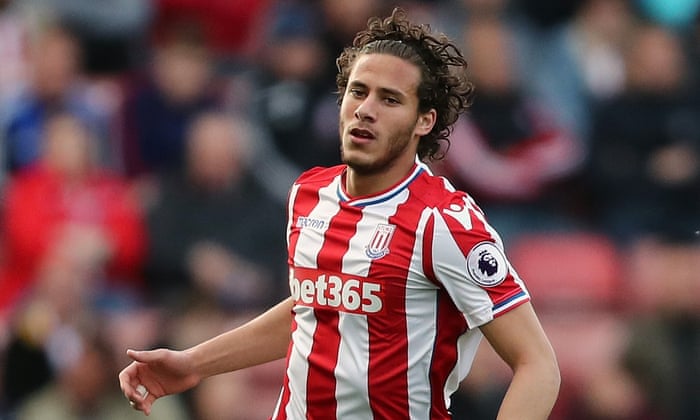 Liverpool are set to bid for Ramadan Sobhi this summer and Stoke City are willing to cash-in on the attacker if £15m is put on the table, according to the Express.

Sobhi came through the youth ranks at Al Ahly in his native Egypt before joining Stoke in a £5m deal in 2016 and he’s now a regular with the national team ahead of their participation at the World Cup.

The 21-year-old has only shown flashes of his ability at the Britannia Stadium as he’s started just 9 Premier League games this season but he’s still managed to score 2 goals despite his lack of action.

Sobhi’s potential has seemingly impressed Mohamed Salah as the Express claim the Liverpool super-star has given a glowing recommendation to the Merseysiders about his compatriot.

The newspaper cites a report from TeamTalk that suggests Liverpool bosses are now showing a keen interest in signing Sobhi and are ready to formailise their pursuit with a firm offer.

It’s not reported what the Reds are willing to pay but the Express do say Stoke are prepared to cash-in on the young midfielder if £15m is put on the table this summer.

That sort of money shouldn’t be a problem for a club with Liverpool’s resources and no doubt Sobhi would jump at the opportunity to play alongside Salah at Anfield.

Jurgen Klopp is on the look out for another attacking midfielder after failing to sign a replacement for Philippe Coutinho following his January move to Barcelona and it seems Sobhi is on his radar.

The Egyptian international is predominantly a left winger but he can play anywhere across the attacking midfield positions so he’d give Klopp another option in the final third if he does join Liverpool this summer.