Liverpool are ready to launch a club-record £79.6m bid to sign Juventus forward Paulo Dybala as Jurgen Klopp looks to strengthen his attack this summer

The summer transfer window is open and managers are working hard on their transfer targets so we’ll bring you all the latest gossip from around the globe. Today, Liverpool are ready to pay big money to sign Paulo Dybala…. 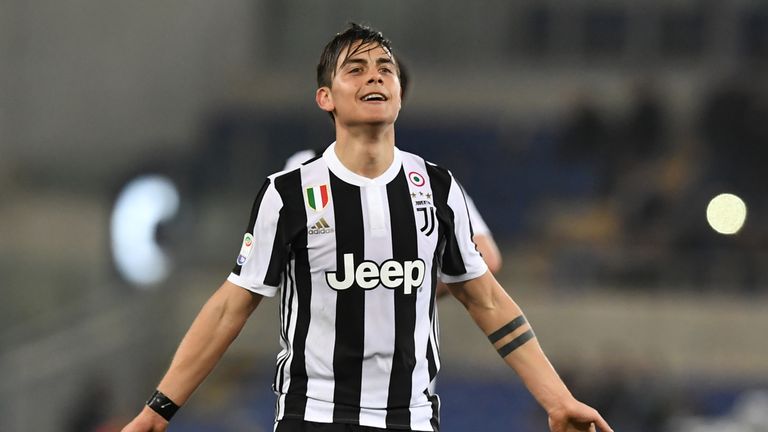 Liverpool are ready to launch a club-record £79.6m bid to sign Juventus forward Paulo Dybala as Jurgen Klopp looks to strengthen his attack this summer, according to reports in Argentina via the Express.

Klopp has splashed almost £100m on two new midfielders so far with Naby Keita completing his move from RB Leipzig while Fabinho has arrived from Monaco but the Reds boss knows he needs to add more depth to his forward line if Liverpool are to compete on all fronts next season.

The Merseysiders need competition for the likes of Roberto Firmino, Mohamed Salah and Sadio Mane next year and Klopp is on the look out for alternative targets after seeing a proposed move for Nabil Fekir collapse as he looks to finally sign a replacement for Philippe Coutinho.

Dybala emerged as a shock target last week when reports in Italy [via the Express] suggested that Liverpool had made contact with Juventus chief Giuseppe Marotta regarding a potential deal for the South American forward.

And it seems Liverpool are now ready to step-up their audacious pursuit with the Express citing Argentinean outlet Futbol Mercado as claiming that Klopp is ready to offer £79.6m [€90m] to sign Dybala this summer.

It remains to be seen how Juventus would respond to such an offer if Liverpool were to put almost £80m on the table but they may be tempted to cash-in on Dybala to help fund their proposed swoop for Cristiano Ronaldo.

Max Allegri will no doubt see Dybala as a key player after he bagged 22 goals in 33 games last season to help fire the Turin giants to another Serie A title but Juventus are going to have to make room for Ronaldo somehow if they manage to land the Real Madrid superstar.

We’ll have to wait and see how things progress over the coming weeks but understandably Liverpool fans are excited by the prospect of Dybala joining their fearsome attack as he would be an excellent addition to their squad.