The summer transfer window is drawing to a close and managers are working hard to secure last minute deals so we’ll bring you all the latest gossip from around the globe. Today, Tottenham are linked with Marcelo Brozovic… 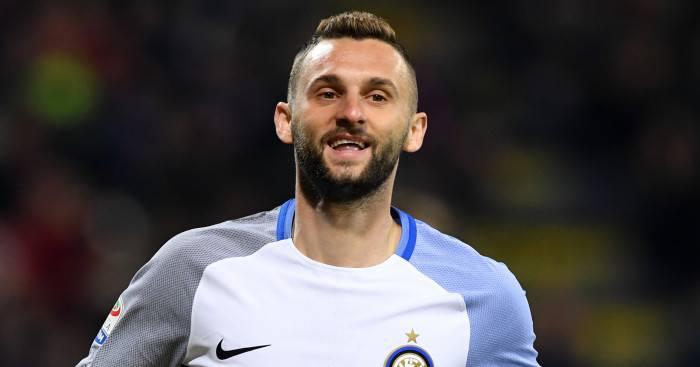 Tottenham are set to sign Marcelo Brozovic from Inter Milan in a £44m deal as Mauricio Pochettino closes-in on his first summer signing, according to reports in Italy via TeamTalk.

Pochettino has endured a frustrating few months as chairman Daniel Levy has struggled to agree terms for his top targets and Tottenham have failed to build on their third-placed finish last season as they are yet to make a single addition to their first team squad.

However, Spurs are expected to be busy during the final days of the window trying to secure some last minute additions and a new midfielder is on the agenda as Mousa Dembele and Moussa Sissoko could be on the move before the window shuts.

A potential replacement could be in the pipeline as TeamTalk are citing a report from Corriere dello Sport that claims Tottenham are set to sign Brozovic from Inter in a deal worth around £44m.

The Italian publication says Inter are set to offload Brozovic to Spurs to help raise funds for their their own transfer plans, which includes an ambitious swoop for Luka Modric with the San Siro club still chasing the midfielder despite him signing a new deal with Real Madrid.

Brozovic joined Inter from Dinamo Zagreb in 2015 and has been a real hit during his time in Italy having provided 18 goals and a further 19 assists in his 112 appearances so far.

However, Inter appear ready to cash-in on the 25-year-old and a move to north London is on the cards, if these reports originating from Italy prove to be accurate.

We’ll have to wait and see how much truth there is behind the speculation but Brozovic would be an excellent addition to Pochettino’s squad if Tottenham could get a deal wrapped-up before the window closes on Thursday evening.