The summer transfer window is drawing to a close and managers are working hard to secure last minute deals so we’ll bring you all the latest gossip from around the globe. Today, Arsenal are eyeing Ricardo Rodriguez… 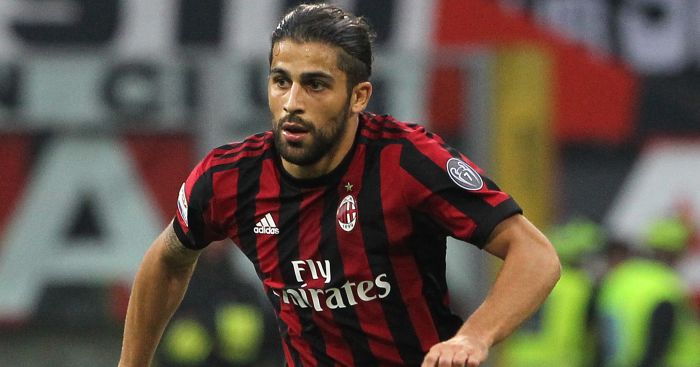 Arsenal are plotting a late swoop to sign Tottenham target Ricardo Rodriguez but AC Milan want around £30m for the talented full-back, according to a report via TeamTalk.

However, the Arsenal boss is still in the market for further reinforcements and left-back has become a priority after Sead Kolasinac was ruled out for at least two months with a knee injury while Nacho Monreal has been linked with a move back to Spain this summer.

TeamTalk are citing a report from the Daily Mail that claims Arsenal are now eyeing a late move to sign Rodriguez after Emery identified the Switzerland international as the man to ease his problems on the left side of his defence.

Rodriguez made his name during a five-year spell at Wolfsburg and only joined AC Milan for around £12m last summer but it seems Arsenal are hoping to lure him to north London after a solid campaign at the San Siro.

However, a deal won’t be straightforward as the report says Milan are reluctant to sell and will demand around £30m for the defender’s signature while a number of other clubs are also showing an interest.

TeamTalk cites a report from TransferMarketWeb that claims Tottenham, Borussia Dortmund and Bayern Munich are all keen on Rodriguez so Arsenal could face stiff competition if the left-back decides to leave Milan.

Mauricio Pochettino is yet to make a single signing this summer but the Spurs boss is expected to be active over the coming days and the may have identified Rodriguez as a potential replacement for Danny Rose – who continues to be linked with a move this summer.

We’ll have to wait and see how things develop ahead of Thursday’s deadline but Rodriguez would be an excellent signing for Arsenal or Tottenham if either club could lure the 25-year-old to the Premier League.