Managers are working hard trying to strengthen their squads during the summer transfer window so we’ll bring you all the latest news and gossip from around the globe. Here, Tottenham are confident in signing Nicolo Zaniolo… 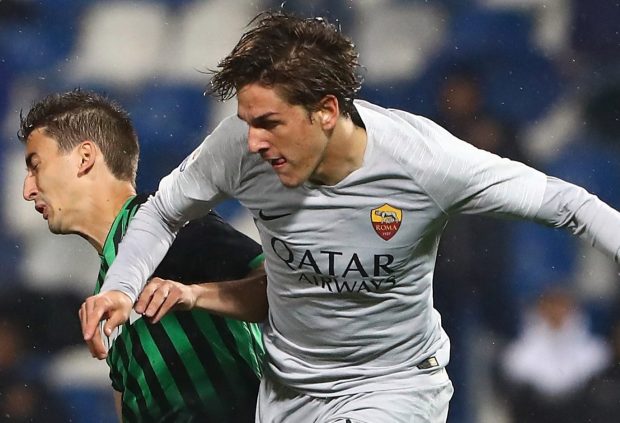 Tottenham are confident of signing AS Roma attacker Nicolo Zaniolo as part of a deal that would see Toby Alderweireld head in the opposite direction, according to the Mirror.

Alderweireld – who has less than one year left on his current contract – has been tipped to leave Tottenham after refusing to sign an extension and he’s available for just £25m this summer due to a clause in his contract.

Roma have been strongly linked with the Belgian international in recent weeks but the Mirror claims the Serie A outfit can’t afford to pay for Alderweireld’s £25m release fee outright so there are now talks about a possible player plus cash swap deal involving Zaniolo.

The newspaper says Tottenham are keen to sign the 20-year-old attacking midfielder and are confident they will eventually be able to lure him to north London after talks over a new contract at Roma stalled.

The Mirror says Zaniolo is demanding a pay rise in order to remain at the Stadio Olimpico but Roma sporting director Gianluca Petrachi has told the 20-year-old he must improve his performances on the field in order to earn a better wage.

It looks like Tottenham are ready to use the situation to their advantage and Roma have now hired former Spurs chief Franco Baldini to try and broker a deal between the two clubs.

Baldini has worked at both Roma and Tottenham in the past so Petrachi has confirmed they’ve reached out to the 58-year-old to use his close relationship with Spurs to their advantage in the Alderweireld-Zaniolo talks.

Petrachi is quoted as saying by the Mirror:

“I was very clear in my press conference that Baldini needs to be a resource for me, but lately I heard too many rumours.

“If I start talks with a club and realise that Baldini, for example, worked at Tottenham for many years and I have the chance to sign Alderweireld then it’s clear that I’ll take advantage of his qualities and his help, because we enjoy a good relationship and he can help us out and make us save some money.”

We’ll have to wait and see how the negotiations progress over the coming days but Zaniolo would be an exciting addition to the Tottenham squad if the north Londoners could get a deal agreed to make the Italian international their third summer signing.

The 20-year-old only moved to Rome from Inter Milan last summer but he’s developed into one of the most highly-rated youngsters in Italian football and he’s already made his debut for the senior national team.

Obviously it would be a disappointment if Spurs are to lose Alderweireld but the centre-back has no long-term future at the club so it would make sense for Tottenham to cash-in for £25m this summer and put the money towards buying Zaniolo.

Italian publication Corriere dello Sport recently claimed that Roma value the attacker at around £40m [€45m] so Tottenham may have to pay around £15m plus Alderweireld in order to get a player plus cash swap deal agreed.