This is our match preview ahead of Arsenal’s Premier League clash with West Ham at the Emirates including team news, line-ups and prediction

Arsenal will be looking to close the gap on the top four when they take on West Ham at the Emirates Stadium on Saturday afternoon.

The Gunners booked their place in the quarter finals of the FA Cup on Monday night thanks to a comfortable 2-0 win over Portsmouth but the focus will now be on Premier League matters this weekend as they try to get back in contention for Champions League qualification.

Arsenal have endured a tough campaign and currently sit 10th in the table with a game in hand but they can close the gap on fourth placed Chelsea to just five points with a win tomorrow so Mikel Arteta won’t want any slip-up.

The North Londoners are undefeated in the league since late December 2019 and have won their last two Premier League matches against Newcastle and Everton so Arteta will be keen to continue that form with another victory tomorrow.

However, Arsenal will be up against a West Ham team also desperate for points as David Moyes’ side are only out of the bottom three on goal difference so the Hammers should be fighting for their lives at the Emirates.

Arsenal were dealt a blow ahead of the game as Lucas Torreira is facing a spell on the sidelines after the Uruguayan international suffered a fractured ankle during the win over Portsmouth.

Sead Kolasinac remains on the treatment table with a shoulder injury while Calum Chambers won’t play again this season after undergoing knee surgery back in December.

Arteta is expected to make changes from the side that beat Portsmouth with the likes of Bernd Leno, Hector Bellerin, Granit Xhaka, Dani Ceballos, Nicolas Pepe, Mesut Ozil, Pierre-Emerick Aubemeyang and Alexandre Lacazette pushing for recalls.

West Ham have been handed a boost as Tomas Soucek is fit to return to the squad after recovering from a hip injury that he sustained against Liverpool two weeks ago.

Andriy Yarmolenko is back in training after recovering from injury but the trip to North London comes too soon so he’s out along with Jack Wilshere and Ryan Fredericks. 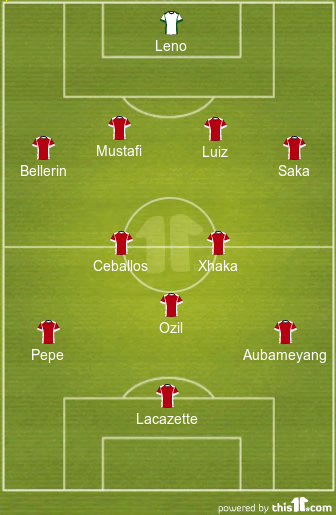 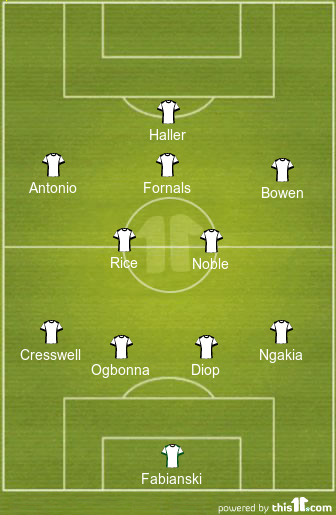 Arsenal 2-1 West Ham: Arsenal have an excellent record against West Ham as they’ve lost just two of the last 23 Premier League meetings between the two sides. Arteta’s side are unbeaten in their last seven league games and David Moyes has never won an away game against Arsenal in 15 attempts so the stats certainly favour the hosts.

I do think West Ham are capable of causing Arsenal plenty of problems and they’ll be in confident mood following the win over Southampton last weekend. However, I still think Arsenal will have too much quality in the end and back the Gunners to secure a 2-1 home win tomorrow with Aubameyang among the scorers.