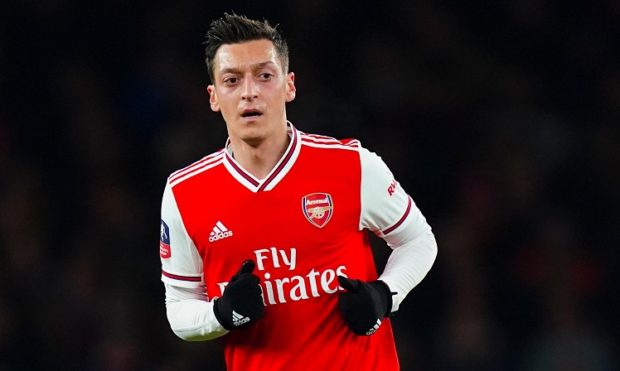 Arsenal will be looking to continue their push up the table when they take on Leicester City at the Emirates Stadium on Tuesday night.

Ahead of the game, the club have issued a team news and injury update on Arsenal.com including the latest on the fitness of Bernd Leno, Mesut Ozil, Gabriel Martinelli, Calum Chambers and Pablo Mari.

Ozil hasn’t featured since football returned last month and he’s been ruled out of Arsenal’s last three matches due to an apparent back injury. The club have confirmed Ozil will once again need to be assessed by the medical team before his availability to face Leicester is determined, but I’d be very surprised if we see him involved tomorrow.

Martinelli has also not played since the Premier League resumed and he was ruled out for several weeks after picking up a knee injury in training on June 21. The Brazilian attacker has undergone surgery to repair cartilage in his left knee and won’t play again this season amid reports he’s facing months on the sidelines.

Leno has been forced to miss Arsenal’s games against Southampton, Sheffield United, Norwich and Wolves after suffering a knee injury during the defeat to Brighton last month. The German stopper is hoping to resume full training in around four weeks time so is unlikely to play again this season.

Elsewhere, Mari has been ruled out for up to three months after suffering an ankle ligament injury against Manchester City in mid-June while Calum Chambers is also still working his way back to full fitness from a serious knee injury.

Thankfully, Arsenal didn’t suffer any fresh injury problems during the 2-0 victory at Wolves on Saturday evening. Here is the latest team news as per Arsenal.com:

Pablo Mari
Left ankle. Sustained significant sprain to ankle ligaments during Manchester City (a) on June 17. Has had a successful procedure to the injury this week. Aiming to return to full training in two to three months.

Mesut Ozil
Being assessed ahead of Leicester City (h) following back soreness.

Arsenal currently sit seventh in the table after beating Wolves but we’re still six points off Manchester United and eight adrift of the top four so we desperately need to beat third-placed Leicester if we’re to stand a chance of snatching a Champions League place.