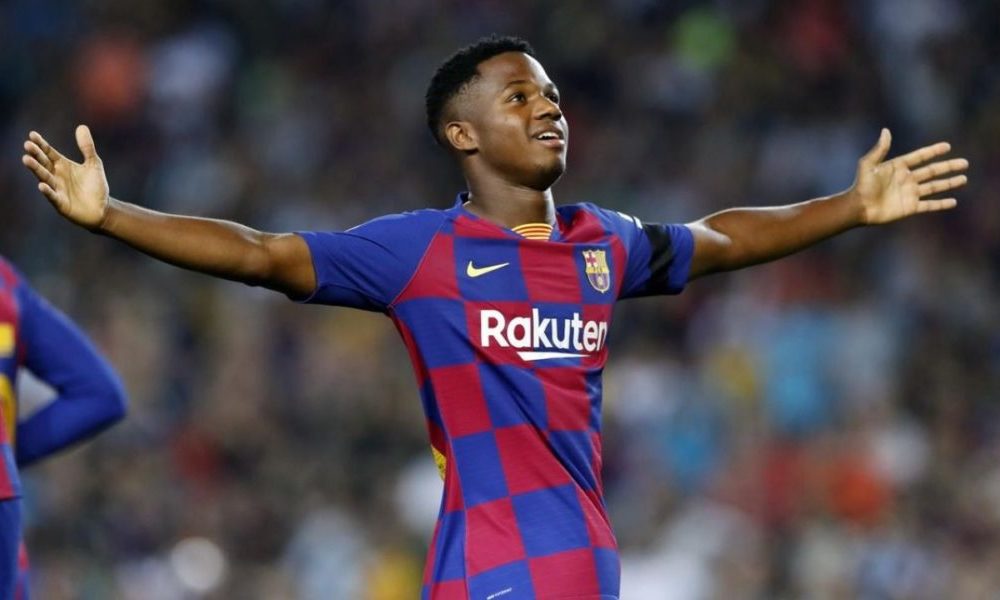 Manchester United are willing to pay a staggering £153m to sign Ansu Fati this summer but Barcelona are confident the wonderkid will sign a new contract, according to reports via TeamTalk.

Ole Gunnar Solskjaer is yet to make any significant additions to his squad this summer but the Man Utd boss is expected to invest heavily over the coming weeks as he looks to turn the club into title challengers again next season.

The Red Devils have been strongly linked with a move for Jadon Sancho in recent months but having failed to agree a fee with Borussia Dortmund, it looks like they could be ready to turn their attention to Fati.

Reports back in June suggested that United were chasing the Barcelona youngster and TeamTalk are citing a report from Mundo Deportivo that claims Solskjaer remains in the hunt for the 17-year-old striker.

The Spanish outlet, as per TeamTalk, says Manchester United are prepared to do whatever it takes to land Fati this summer and are even willing to meet the teenagers whopping £153m [€170m] release clause.

However, Mundo Deportivo suggest that Barcelona are putting the finishing touches on a new contract that would see Fati’s release clause increase to £361m [€400m] which would surely end United’s hopes of luring him to Old Trafford.

Fati is expected to be a key part of Ronald Koeman’s new-look Barcelona side next season but United may feel they have a chance of persuading the La Liga giants to cash-in due to their financial problems.

The Spanish U21 international would be an exciting signing if Man Utd could somehow pull it off as he’s developed into one of the best young talents in world football since coming through Barca’s La Masia football academy.

Fati scored 8 times in his 29 first team appearances last season and is comfortable playing anywhere across the front three so he’d give Solskjaer another top class option in the final third if he moved to Old Trafford.

However, I have my doubts over Mundo Deportivo’s report as why would United pay around £150m for Fati when they are refusing to meet Dortmund’s reported £100m asking price for Sancho?

Personally, I think Manchester United will still do all they can to land the England international this summer and can’t see anything coming of the reported interest in Fati as he’s likely to remain at Barca for years to come.