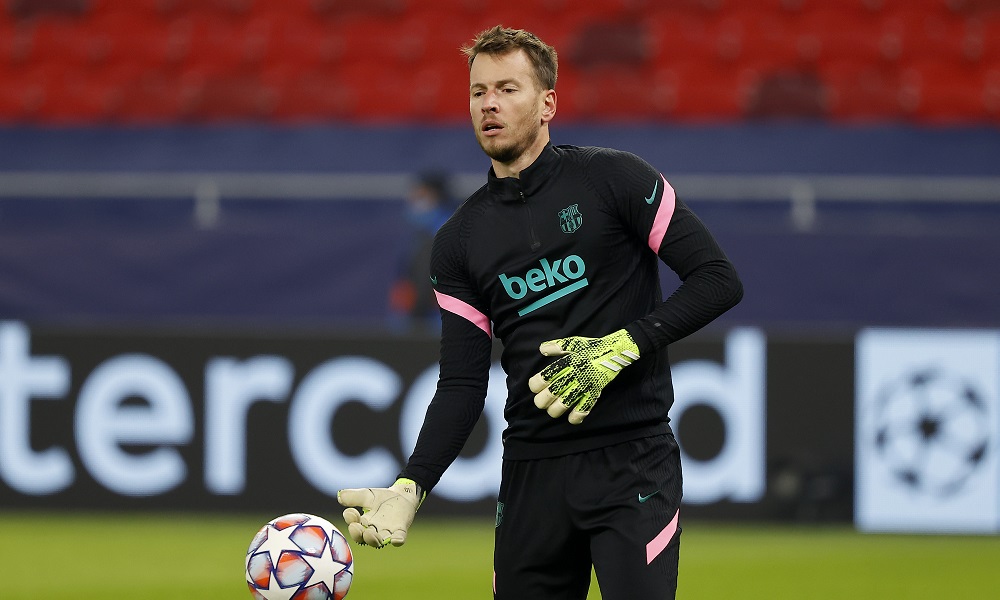 Arsenal are pushing to sign Barcelona goalkeeper Neto but Tottenham are trying to hijack their move for the £12m-rated South American stopper, according to Mundo Deportivo.

Neto joined Barcelona from Valencia in 2019 in an initial £22m [€26m] deal but has struggled for regular game-time having made just 17 first team appearances during his two years at the Nou Camp.

The 32-year-old is keen to leave this summer in search of regular action as he’s firmly behind Marc-Andre Ter Stegen in the pecking order and it appears the situation has alerted clubs here in the Premier League.

Mundo Deportivo claims Arsenal are now ‘determined’ to sign Neto this summer after renewing their interest having failed to agree terms with Barcelona during the January transfer window.

Mikel Arteta is in the market for another goalkeeper after Matt Ryan left following a loan spell last season and the Spanish publication says the Arsenal boss sees Neto as an ideal signing due to his excellent footwork.

Mundo Deportivo claims Arsenal have stepped-up their interest in signing the South American and Neto’s agent considers a move to the Emirates Stadium as the most viable option for the goalkeeper.

However, there is still a long way to go before the proposed transfer is a ‘done deal’ and Tottenham could yet hijack the move as the report says Spurs are also trying to lure Neto to North London this summer.

New boss Nuno Espirito Santo is looking to revamp his squad and he’s wanting a top class keeper to compete with Hugo Lloris. Mundo Deportivo claims Tottenham enquired about signing Neto a few months ago but were put off by Barcelona’s £12m [€14m] valuation.

Arsenal and Spurs will be hoping to drive that asking price down given Barcelona’s precarious financial situation as the Catalan club can’t register any new players until they slash their wage bill so they’re desperately trying to sell players.

Neto could be sacrificed and the report suggests that Arsenal are in pole position to get a deal done but until a move is agreed, there’s still an opportunity for Tottenham to gazump their fierce rivals to the Brazilian’s signature.