Matt Turner to undergo medical ahead of Arsenal move

Goalkeeper Matt Turner will undergo his medical today as Arsenal prepare to announce his arrival from New England Revolution, according to Ryan Taylor. 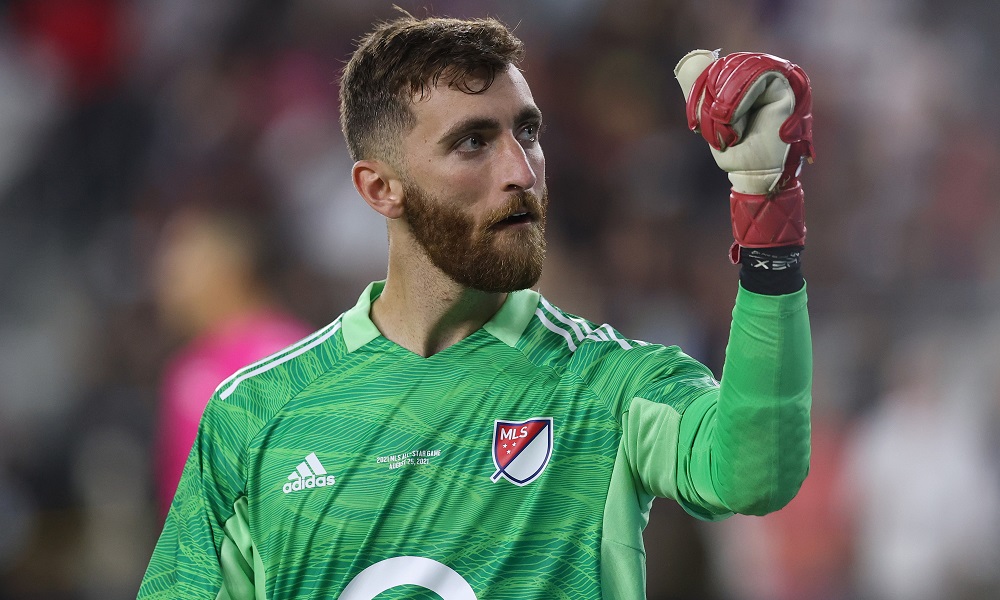 Goalkeeper Matt Turner will undergo his medical today as Arsenal prepare to announce his arrival from New England Revolution this week, according to Express journalist Ryan Taylor.

Mikel Arteta was in the market for a new goalkeeper after it became clear Bernd Leno saw his future away from the Emirates Stadium having lost his first team place to Aaron Ramsdale last season.

Turner emerged as a surprise target during the January transfer window when reports claimed Arsenal were in talks with MLS outfit New England Revolution discussing a deal for the 27-year-old stopper.

New England Revolution then confirmed in February that a deal had been agreed to sell Turner to Arsenal in the summer of 2022. The Express claim the Gunners will pay £5m up front with a further £2.5m in add-ons, making the deal worth £7.5m in total.

Turner was expected to travel to London this week to finalise his move after being an unused substitute during New England Revolutions win over Minnesota on Sunday night.

It appears the goalkeeper has landed in the capital, as Express journalist Ryan Taylor has now claimed that Turner will undergo his medical today [Wednesday]. Arsenal are then expected to announce the move before the end of the week.

Speaking on his YouTube channel, Taylor said [at around 8.22]:

“New England Revolution goalkeeper Matt Turner will be having his medical on Wednesday. He officially joins on July 1st, and that [move] should be confirmed later in the week.”

Turner will now act as understudy to Ramsdale next season and his arrival will pave the way for Leno to secure a move away from the Gunners with the 30-year-old linked with a return to Germany.

Turner has been one of the best goalkeepers in the MLS in recent years and was voted as the MLS Goalkeeper of the Year in 2021 following a string of excellent performances. The 6ft 3in stopper is also a regular with the US national team.

Arsenal announced the arrival of attacking midfielder Fabio Vieira on Tuesday and it appears they’ll be swiftly confirming another new signing with Turner expected to be unveiled over the coming days.