Wenger On Transfers: “We Want to Strengthen the Team” 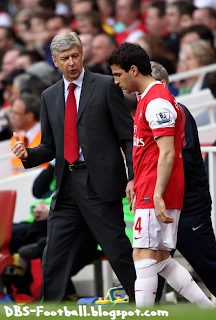 Next year Arsenal manager Arsene Wenger does not want to be chasing the title with games running out, and big opportunities missed. For that reason, he is willing to make changes.

After two transfer windows in which Wenger brought few players in, whilst not spending big for some time, he has admitted his regret. He told of how he should have bought a defender to replace the injured Thomas Vermaelen, but the ambiguity of his injury prevented him from committing to a new signing.

Now, he has informed Arsenal fans that the club will be using the transfer window in the summer to build on his young squad. He insists his side have immense “spirit”, but evidently, it has not been enough to fight in four competitions successfully. Wenger said:

“We have a very young team and we want to strengthen the team.”

“Number wise, how much that will be I don’t know. It depends as well who goes out, we have a big squad.

“You have the same problem everywhere. If you don’t have enough players, people say ‘why don’t you have another striker on the bench?’

“It is a price to pay, I believe it is part of being a football player.”

“Also, on the other hand you cannot reproach that the players have not performed as well as you wanted if you don’t give them a chance. It is difficult.”

There has been no shortage of players linked to Arsenal recently, with Phil Jagielka of Everton one central defender being reportedly scouted by Arsenal, as well as a Blackburn double of Phil Jones and Steven N’Zonzi. Jones is a promising young centre back while N’Zonzi is a similar player to the former Arsenal captain, Patrick Vieira, and plays in the defensive midfield position. Jack Rodwell is another player that has been linked as has Ajax goalkeeper and Manchester United target Maarten Stekelenburg.