Football is today fuelled by money, with clubs spending hundreds of millions of pounds every year to fund facilities and players to make their club better and a force to be reckoned with in the footballing world. However, with big money comes big debt,… 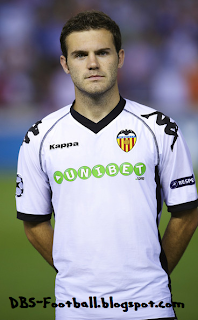 Football is today fuelled by money, with clubs spending hundreds of millions of pounds every year to fund facilities and players to make their club better and a force to be reckoned with in the footballing world. However, with big money comes big debt, and most clubs are burdened with some sort of debt – Valencia F.C. are one of those clubs, but their situation is quite severe.

Valencia’s debt is reported to be around €500 million, and they have already been forced to sell two of their biggest stars in David Villa and David Silva to Barcelona and Manchester City respectively to go some way to clear that debt that been a weary load on their backs for a while. Now clubs are circling like vultures, watching another of Valencia’s stars, Juan Mata, who has a buy out clause of €60 million in the hope of a possible transfer deal being struck.

The clubs that have certainly contacted Valencia over a move for Mata are Manchester United, Manchester City and Liverpool. That inside knowledge is thanks to the Spanish journalist Guillem Balague, who stated on his website:

“Manchester United, Manchester City and Liverpool have contacted Mata`s representative (his father) and the trio have all expressed varying degrees of interest in the player`s situation. Mata`s new contract contains a buy out clause of €60 million, but that will always be negotiable if both the player and the club are willing to listen to offers.”

“I still get calls from many agents in England but we are calm. If we get an offer in writing then we will take it to Valencia and let them decide.”

Liverpool it seems have been the most active in the pursuit of the 23 year-old, as reports have emerged that the players representative has recently been to Liverpool to hold a meeting with the Liverpool Director of Football who has offered £17 million for the player.

Manchester City however have the power in their hands, as they have the money in their hands too – a bottomless pit of it, and one that Valencia so desperately need. City have the spending power to outbid Liverpool at any price, and despite Liverpool’s new owners and need for a quality winger such as Mata, could only possibly go to a certain amount, and no more.

Other reports state that Manchester City have offered £25 million for Mata, whilst Chelsea and Manchester United less involved in a move. Sir Alex Ferguson has however stated his desire to bring three new players into the Manchester United squad: “I am looking at maybe three signings which would boost our overall quality in our team.” Whether or not Mata is one of those hopeful signing we will have to wait and see when the transfer window opens.

If United did really want to bring Mata to Old Trafford, they could perhaps use Ryan Giggs as a make-weight – Mata is a very big fan of the United legend and would no doubt pounce at the chance of working and even playing with him in the United side. Mata once said: “I’ve liked him a lot since I was little. I think he’s one of the best wingers I have ever seen.”

Mata is a very good winger himself, justifying the wide interest in his signature with eight goals and 12 assists in this seasons La Liga. It is really down to Valencia though – do they let go of one of their best players, and for how much will they – if they are willing – command as a fee for his services?