Sir Alex Ferguson confirmed the news that no Manchester United supporter wanted to hear, despite expecting to hear: Owen Hargreaves’ Manchester United career is over. It is supremely unfortunate for the England international, but hardly surprising, as… 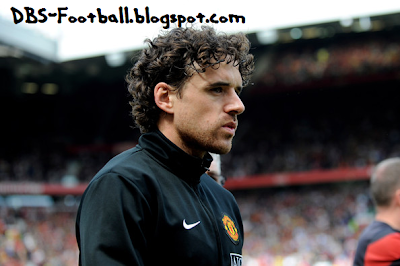 Sir Alex Ferguson confirmed the news that no Manchester United supporter wanted to hear, despite expecting to hear: Owen Hargreaves’ Manchester United career is over. It is supremely unfortunate for the England international, but hardly surprising, as he managed only 10 minutes of pitch time over the whole season.

“This has been a difficult decision knowing how hard the lad has worked to win back his fitness. But we have made it in the hope he will be able to resurrect his career elsewhere.”

You only have to look at the recent headlines on this blog which involve the player to understand how unfortunate he has been during his time at United. [Video Below]

Poor Owen Hargreaves. The Manchester United midfielder has constantly been plagued with terrible injuries to his knees, suffering from an extremely serious case of patellar tendinitis which was described by his surgeon, who has 35 years experience in his field as the worst case he had ever seen.

I am still awaiting the day when an injury update on Owen Hargreaves can be classified as ‘good news’. As it is, the Canadian born midfielder is once again on the all to familiar treatment table at United. This time it is his shoulder.

Paul Scholes and Owen Hargreaves. Six years and 631 Manchester United appearances separate the two midfield maestros, but to the extreme misfortune of the latter, that is not the only thing that is different. Aside from the obvious difference in appearance; Scholes’s distinctive short ginger hair and scruffy appearance compared to the Canadian’s sleek, curly locks and pulled up socks, Paul Scholes has not suffered persistent, possible career ending injuries to the extent that his midfield colleague Hargreaves has.

The latest article however, was interesting in light of today’s news. It stated that Manchester United had offered Hargreaves a new pay-as-you-play deal for a year extension on his contract. This was apparently to warn off interest from other clubs, which included United’s rivals Arsenal, and came from a national newspaper. However, this obviously has not turned out to be the case, and Hargreaves will be free to join any club of his choice, as long as he can get back to fitness – that could include Arsenal (although unlikely).

Hargreaves managed 39 appearances for United, scoring 2 goals, but when he was playing, he was fantastic – often described – accurately as the engine from midfield, with tenacity and desire, with the fight that all good, commanding central midfielder’s need in their lockers. He is a player whom United would have been delighted to have had in their side this season, but one who was constantly unavailable due to those nagging injuries.

In the one season that he managed at United, he made a big impact, helping Sir Alex’s side to one Premier League trophy and one Champions League trophy – a feet which can be achieved again in a few days time by the current squad. He will be missed at Old Trafford, and it is very sad to see a player have to leav because of injuries. Here is a refreshing reminder of one of his highlights as a United player – his free-kick against Arsenal – the very same Arsenal he was rumoured to be joining a couple of weeks ago, and will surely be linked to in the future: