Frustation and anxiety is mounting over the future of Samir Nasri at Arsenal, and following the French midfielders comments about his future and the potential interest from Manchester United recently, the signs are hardly encouraging for the London clu… 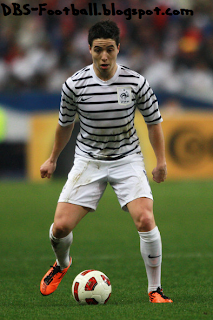 Frustation and anxiety is mounting over the future of Samir Nasri at Arsenal, and following the French midfielders comments about his future and the potential interest from Manchester United recently, the signs are hardly encouraging for the London club. Wenger’s main aims surely include the imperative that Arsenal’s best must stay at the club, but there is still no sign of Nasri signing an extension to his current contract which has only 12 months remaining.

The Guardian newspaper has now claimed that Nasri is stalling the signing of the offered £90,000 a week contract not only because he wants to be paid more per week – apparently holding out for £110,000 – but he also wants Wenger to confirm the idea of Arsenal having an “active summer”. Nasri wants the reassurance that quality players will be brought in to help the current Arsenal side to success and trophies as well as a season in which the team has enough depth to last the whole campaign rather than wither out towards the end.

The rumours surrounding Arsenal and their transfer acivity in the upcoming market are rife, with links to Lille’s Ivorian forward Gervinho very strong as well as an apparent interest in West Brom’s Nigerian international striker, peter Odemwingie. The former deal looks more likely to go through, with Arsenal the favourites to land Gervinho, but one signing will probably not be enough to convince an ambitious Nasri to stay with the club.

He has been encouraged by his compatriot and Manchester United left back Patrice Evra to join him at United already, and his comments about waiting to see if the Manchester United interest is real or not clearly show a lack of full commitment to Arsenal. It also suggests a wavering mind, a mind which is searching for new opportunities, and the fact that he refused to rule out a move to Old Trafford is surely concerning.

Wenger has promised his fans an “active summer”, but what Wenger’s definition of “active” is and what Arsenal supporters definition is, most probably varies. Arsenal need a new centre back, and Wenger recognises this too, with Gary Cahill prominently linked, as well as PSG’s Mamadou Sakhou, who looks a very promising talent. The issue that remains with Wenger is money.

Both player will cost in excess of  £15 million, and those who know Arsenal and Arsene Wenger know, that for Wenger to spend that amount on one player is a very rare occasion. His persistence to keep out of debt and keep the club stable is admirable, and stubborn, yet it may yet prove his downfall, for now Wenger has more reasons to spend money. He firstly has to improve his squad, whilst , he appeasing the current players such as Fabregas and Nasri, as well as the frustrated fans.