The Blues were on the verge of an embarrassing exit last month and needed a late equaliser from Fernando Torres to earn a 2-2 draw at Griffin Park and force a replay, so interim boss Rafa Benitez will be looking for his Premier League stars to dispatch of their League One opposition on home turf this weekend.

Benitez’s men head into to the game off the back of Thursday’s 1-0 win over Sparta Prague in the Europa League making it successive victories for the European champions following last Saturday’s 4-1 win over Wigan, so they look to be getting back to form after a difficult period.

Chelsea are able to welcome back defender David Luiz after he missed the Sparta clash through suspension in midweek. Striker Demba Ba is also back after being ineligible in Europe while Victor Moses and John Obi Mikel are in contention to start after their returning from exploits at the African Cup of Nations with Nigeria.

John Terry and Ashley Cole are pushing for a recalls after missing out last time out but Benitez may decide to rest the pair once again against the League One minnows. Midfielder Marko Marin may get a run-out and Oriol Romeu is the only remaining injury concern for the Blues. 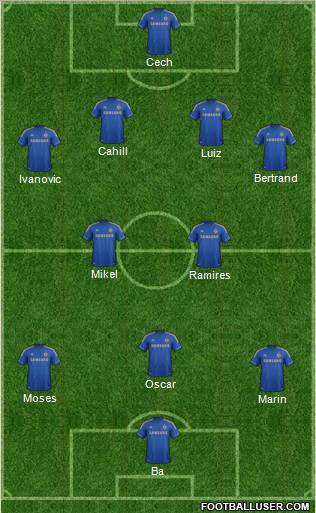 Chelsea went to Brentford for the first game in poor form and were lucky to come away with a draw but at home it should be a different ball-game. The Blues should have way too much in reserve for their lower league opposition and we fully expect them to book their place in the fifth round and with it a trip to face Middlesborough. Chelsea 4-0 Brentford