Chelsea entertain Everton at Stamford Bridge on Saturday lunchtime looking to extend their lead at the top of the Premier League.

The Blues head into the weekend action sitting one point clear of Arsenal and three ahead of Manchester City, so the west Londoners can put some real pressure on their rivals with a win in the early kick off tomorrow.

Chelsea crashed out of the FA Cup last weekend following a 2-0 defeat to City at the Etihad and that result came after being held to a 1-1 draw by West Brom, so Jose Mourinho will be desperate to get back to winning ways.

He should be confident of doing so against Everton as the Merseysiders have never beaten Chelsea at the Bridge in the Premier League era and Roberto Martinez has never won there as a manager, losing his last four visits.

However, the Toffees did win the reverse fixture 1-0 at Goodison Park earlier in the season and they are enjoying an excellent campaign with Martinez’s men currently sitting five points off fourth-placed Liverpool with a game in hand.

Chelsea are set to welcome back John Terry after a muscle problem kept him out of the last three games. The skipper will replace David Luiz in defence as the Brazilian has been ruled out with a leg injury.

Gary Cahill is expected to be passed fit despite suffering a minor thigh injury, while Fernando Torres is likely to make his first start in over a month.

Mourinho has no other injury worries to contend with and he’s confirmed he’ll play a strong team and resist the temptation to rest players ahead of Wednesday’s Champions League clash with Galatasaray.

Everton will be without the fit-again Romelu Lukaku as he’s ineligible to face his parent club as per the terms of his loan agreement.

Lacina Traore is therefore likely to make his Premier League debut up front, although Steven Naismith is in contention despite suffering concussion last weekend.

Martinez will be able to call upon Antolin Alcaraz, but he’ll continue to be without Bryan Oviedo, Arouna Kone and Darron Gibson. 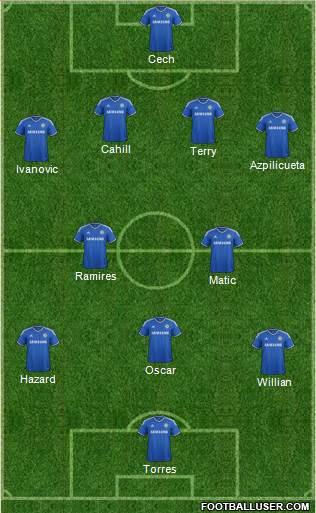 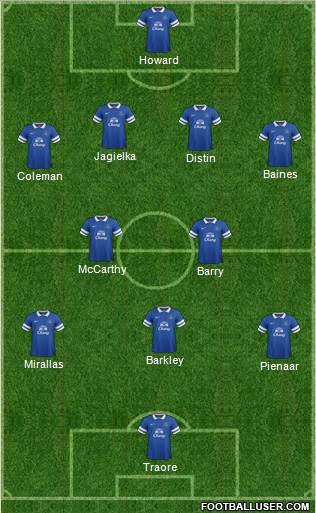 Eden Hazard: The Belgian has been Chelsea’s stand-out player for much of the season and he will be the man to watch out for once again tomorrow. Everton will have to keep him quite if they want to take anything away from west London.

Chelsea 2-1 Everton: While the Toffess will no doubt make life difficult for Chelsea and put up a good fight, we think they will eventually come unstuck.