Chelsea take on Galatasaray in the first leg of their Champions League last 16 tie. Here’s a preview with team news, likely line-ups and predicted score.

Chelsea are in Turkey to take on Galatasaray in the first leg of their Champions League last 16 tie.

The Blues will be up against a familiar face in Didier Drogba with the striker now leading the line for Galatasaray having ended his eight-year stay at Stamford Bridge.

The Ivory Coast international’s final act as a Chelsea player was to score the penalty that won them the Champions League back in 2012 but he’ll be gunning to oust them from the competition this time around.

The west Londoners have performed well in Europe so far after topping Group E and Jose Mourinho will hope to go all the way to win the trophy for a third time having already lifted it with Porto and Inter Milan.

He brings his side into the game in excellent domestic form with a narrow 1-0 win over Everton on Saturday ensuring Chelsea remain one point clear at the top of the Premier League table.

Chelsea are expected to be able to call upon the services of David Luiz and John Obi Mikel despite the duo missing out at the weekend through injury. The pair trained this week and are likely to start in midfield, with John Terry and Gary Cahill continuing their partnership at the back.

Nemanaja Matic is ineligible so Ramires could also come in to make a midfield three but Oscar – who was forced off at half time on Saturday with an ankle injury – could miss out if Mourinho opts for a more defensive formation tonight.

Samuel Eto’o is likely to continue up front with Fernando Torres remaining on the bench, but Mohamed Salah isn’t available having already featured for FC Basel in the group stages.

As mentioned, Didier Drogba will face his former side as he leads the Galatasaray attack along with Wesley Sneijder and Burak Yilmaz – who has recovered from an ankle injury.

January signing Alex Telles is expected to start at the back while Veysel Sari could also be picked ahead of Emmanuel Eboue at right back, but Aurelien Chedjou is set to miss out with a groin complaint. 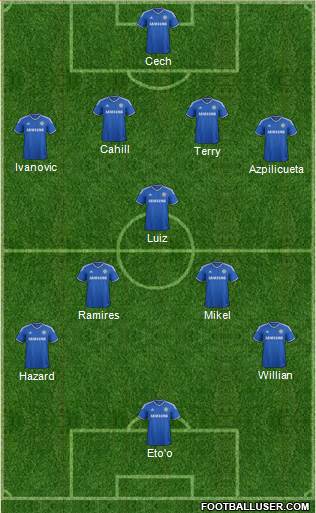 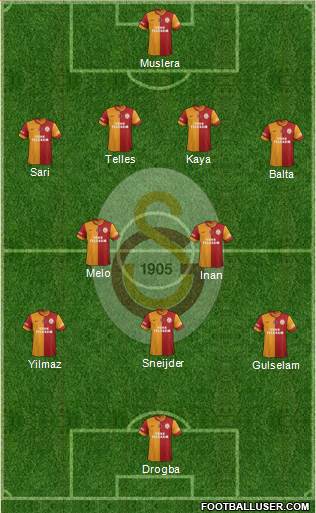 Didier Drogba: All eyes will be on the powerful Ivorian tonight as he faces Chelsea for the first time since leaving in 2012. Despite now being 35, he’s still a handful and John Terry is going to have to be on top form to keep him quiet.

Galatasaray 1-1 Chelsea: The Turk Telecom Arena is one of the most hostile grounds in Europe and Gala have shown their a tough nut to crack at home, so we think Chelsea will come away with a very useful score draw.

What team would you like to see Mourinho start with and whats your predicted score? Share your views below.