Chelsea will look to keep themselves in the title hunt when they take on Norwich City at Stamford Bridge on Sunday afternoon. Here is a preview with team news.

Chelsea will look to keep themselves in the title hunt when they take on Norwich City at Stamford Bridge on Sunday afternoon.

Manchester City’s 3-2 win over Everton this evening saw them go top of the league on goal difference with two games to play, and although the Blues are two points adrift, they will need to be ready to take advantage of any slips ups from their rivals.

Chelsea will be looking to bounce back after crashing out of the Champions League on Wednesday following a disappointing 3-1 home defeat to Atletico Madrid.

Mourinho will know they need to get that result out of their system quickly and get back to winning ways tomorrow if they are to have any chance of winning the title this season.

Norwich on the other hand are fighting for their lives at the wrong end of the table. Defeats for Fulham and Cardiff on Saturday afternoon ensured they’ll be playing Championship football next season leaving one place yet to be decided.

The Canaries currently occupy 18th place and now face an uphill battle to avoid the drop following Sunderland’s 1-0 win at Manchester United today. It leaves Neil Adams men three points adrift with a worse goal-difference, so they must avoid defeat at the Bridge to have any hope of staying up.

Chelsea will be without Ramires as he serves the second of his four-match ban for elbowing Seb Larsson two weeks ago but Nemanaja Matic is available again having been ineligible in midweek.

Mohamed Salah could also return to the starting eleven but Mark Schwarzer will continue in goal with Petr Cech still nursing a shoulder injury.

Frank Lampard and John Obi Mikel both return to the squad after being suspended in midweek, while Samuel Eto’o could replace Fernando Torres in attack.

Norwich have no fresh injury worries to contend with but Adams may bring Gary Hooper in up front for beleaguered striker Ricky van Wolfswinkel.

Joseph Yobo is also back in contention having recovered from a calf injury. 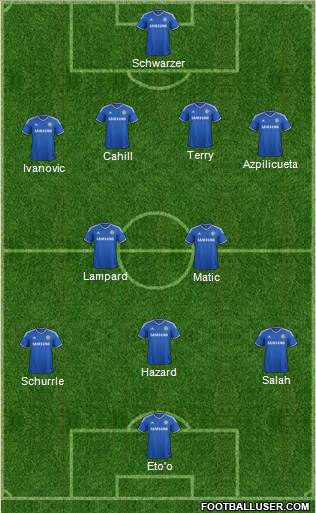 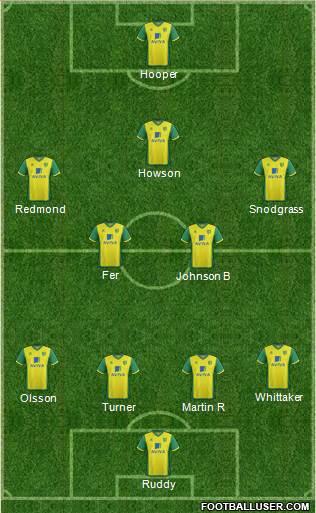 Eden Hazard: The Belgian attacker came under fire from Mourinho following his performance in midweek so all eyes will be on him to see how he responds tomorrow.

Chelsea 2-0 Norwich: The Blues may be suffering from a European hangover but we can still see them easing to victory tomorrow to all-but confirm Norwich’s fate and keep alive their own title hopes.