Liverpool are lining-up an offer for €20m-rated Inter Milan striker Mauro Icardi as Brendan Rodgers continues his search for a new striker, according to reports

The summer transfer window is now well under way and managers are working hard to strengthen their squads ahead of next season, so we’ll bring you all the latest news and gossip. Today, Liverpool are linked with Inter Milan striker Mauro Icardi. 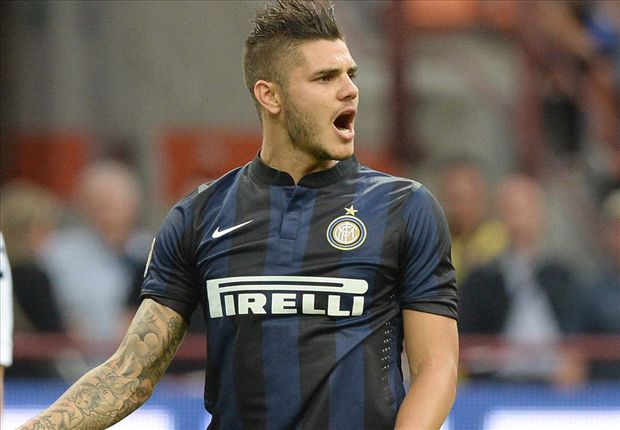 Liverpool are lining-up a formal offer for €20m-rated Inter Milan striker Mauro Icardi as Brendan Rodgers continues his search for another striker, according to reports.

Despite spending over £80m on six new additions already this summer, Rodgers is understood to still be on the look-out for another forward after pulling out of a deal for Queens Park Rangers striker Loic Remy last month.

Several names have been linked with a move to Anfield in recent weeks and the latest is young Argentinean international striker Mauro Icardi, with the Daily Star citing reports coming out of Italy that claim Liverpool are putting the finishing touches on an opening offer for the 21-year-old.

Icardi only moved to the San Siro last summer and scored 9 goals in 22 appearances during his debut season, but with Inter poised to sign Southampton outcast Dani Osvaldo, the youngsters playing time could be restricted this season and it appears Rodgers is ready to offer him a fresh start in England.

The Daily Star don’t indicate what Liverpool’s opening bid will be but they do suggest that Inter value Icardi at around the €20m (£16m) mark, so he’ll be another substantial investment from the Merseysiders if they do manage to get a deal agreed.

Icardi is predominantly a centre-forward who is known for his excellent finishing ability, but he has also been deployed on the wing on occasion, so he could offer Rodgers plenty of options if he ends up making the move to Anfield.

Liverpool have already signed Rickie Lambert this summer but with the club set for a return to the Champions League, Rodgers knows he needs a large squad to cope with the added rigor top flight European football will bring this season, and Icardi could be a useful addition to his attack.