Chelsea In Talks Over Deal For €25m-Rated Hitman

Chelsea are in talks with Roma over a deal for €25m-rated striker Mattia Destro but will face competition from Italian giants AC Milan, according to reports.

The summer transfer window is now reaching its climax and managers are working hard to make some last minute additions to their squad, so we’ll bring you all the latest news and gossip. Today, Chelsea are in talks with Roma to sign Mattia Destro. 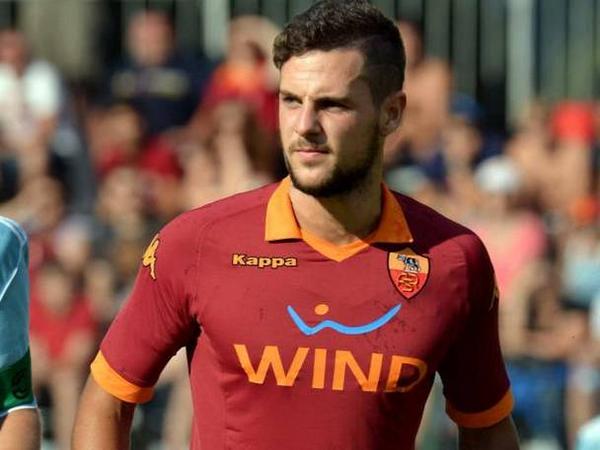 Chelsea are in talks with Roma over a deal for €25m-rated striker Mattia Destro but will face stiff competition from Italian giants AC Milan, according to reports.

Destro has emerged as one of the most highly-rated forward’s in Italian football after an excellent season that saw him end up as Roma’s highest scorer with 13 league goals last year, which helped Rudi Garcia’s men finish second behind eventual champions Juventus.

Those reports were played down by the players agent last week, when he admitted that although Chelsea were keen on the striker, there was no chance of a swap deal involving Torres.

“It’s true that Chelsea are interested in Mattia, but the reports regarding a swap deal have no foundation, it’s all speculation.” source

Despite Jose Mourinho hinting he had concluded his business for the summer, the Daily Star claim that Chelsea are now in talks with Roma over a deal for Destro with the Serie A club willing to sell for around €25m (£20m).

The 23-year-old’s representative, Claudio Vigorelli, has been speaking over the weekend where he once again confirmed Chelsea’s interest in the striker but claims the Blues will face competition from fallen Italian giants AC Milan:

“I cannot deny he [Destro] is at the centre of some important situations that could develop,”

“More Milan or Chelsea? The market is unpredictable. These are two interested clubs.”

“Jose Mourinho admires him, while Milan could make some important steps forward very soon.” Vigorelli is quoted as saying by the Daily Star

Chelsea have already signed Diego Costa and Didier Drogba this summer and Mourinho has admitted he wants three striker for the upcoming season, so the likelihood is that the Portuguese coach will have to find a new home for Torres if he wants to bring in Destro before the window slams shut in 7 days time.

However, it appears they will have to fend off interest from AC Milan with the Italians on the look-out for a replacement for Mario Balotelli – who is on the verge of completing a £16m move to Liverpool.

It’s going to be a hectic final few days in the transfer market and I wouldn’t be surprised if we still saw Chelsea make at least one more addition to their squad, to make the early-season title favourites an even more formidable looking outfit.