Arsenal take on Leicester City at the King Power Stadium on Sunday afternoon looking to head into the international break on a positive note. Here’s a preview 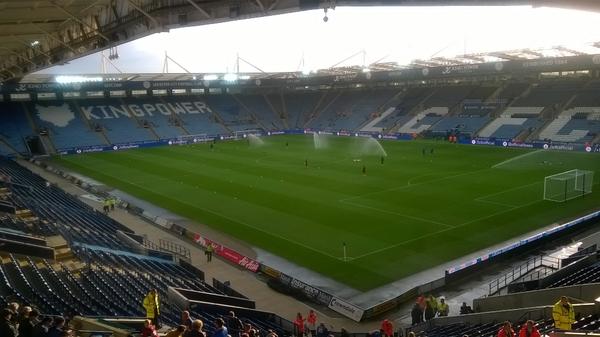 Arsenal take on Leicester City at the King Power Stadium on Sunday afternoon looking to head into the international break on a positive note.

We sit on four points after our first two league games with a narrow 2-1 win over Crystal Palace followed by a surging late comeback against Everton last week that saw us come from two-down to rescue a 2-2 draw with two goals in the final 10 minutes.

The game came at a cost as Olivier Giroud suffered a broken tibia in the dying seconds and the Frenchman is now facing four months on the sidelines increasing the pressure on Arsene Wenger to dip into the transfer market before Monday nights deadline.

It was also a nervy time for Arsenal fans during the week as we were made to cling to for a 1-0 aggregate win over Besiktas to book our place in the group stages of the Champions League, and I just hope that game hasn’t taken too much out of the players for tomorrow’s match.

Leicester have equipped themselves well back in the top flight following promotion from the Championship last season, with the Foxes securing a hard-fought 2-2 draw with Everton on the opening day before holding their own against Chelsea last weekend before eventually losing 2-0.

It’s not going to be an easy game by any means and Nigel Pearson’s side have an excellent record at home over the past 12 months, but if we want to be challenging for the title these are the sorts of games we need to be winning.

Obviously Giroud is out so Alexis Sanchez is expected to continue up front after impressing in the role in midweek.

Mikel Arteta is expected to miss out despite returning to training following an ankle injury, while Kieran Gibbs is also still missing with a hamstring strain.

Aaron Ramsey is back in the squad after serving his one-game European ban, and his return could see Santi Cazorla rested after the Spaniard put in a real shift in midweek.

David Ospina is back in full training but is unlikely to make the trip, so he’ll join Theo Walcott and Serge Gnabry in missing the game.

Leicester completed the shock signing of Esteban Cambiasso on Friday and he was registered in time to play. However, Pearson is likely to keep him on the bench as he’s only had one training session with his new team mates.

Danny Drinkwater will be assessed ahead of kick off but could return from injury, while Matthew James and Jamie Vardy are also hoping to be involved if they can prove their fitness. 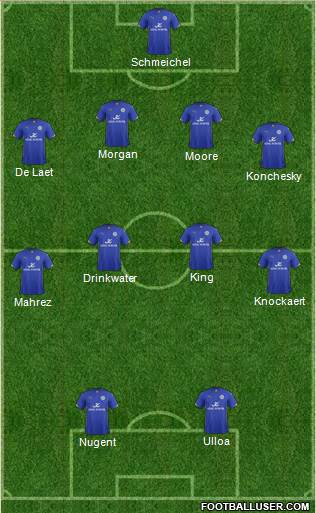 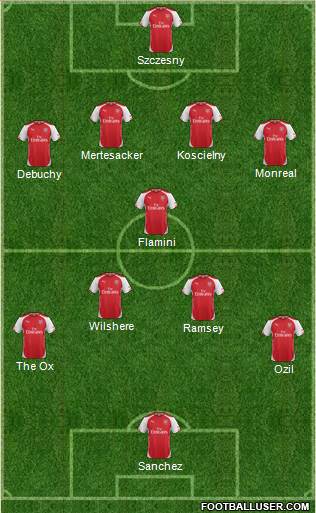 Alexis Sanchez: The Chilean showed he’s capable of playing the lone striker role in midweek and it looks like he’ll be deployed up front on a regular basis over the next few months with Giroud out. His hold-up play is going to be important for us tomorrow as we’ll need a focal point in attack for the likes of Ozil and Ramsey to work off.

Leicester 1-2 Arsenal: As I said earlier, I hope the Besiktas game hasn’t taken too much out of the players and because of that game, I’m not expecting a vintage Arsenal performance, but I still fancy us to have too much for the hosts in the end.