Here’s the latest team news from Manchester City boss Manuel Pellegrini ahead of their cunch clash with Arsenal at the Emirates Stadium on Saturday afternoon. 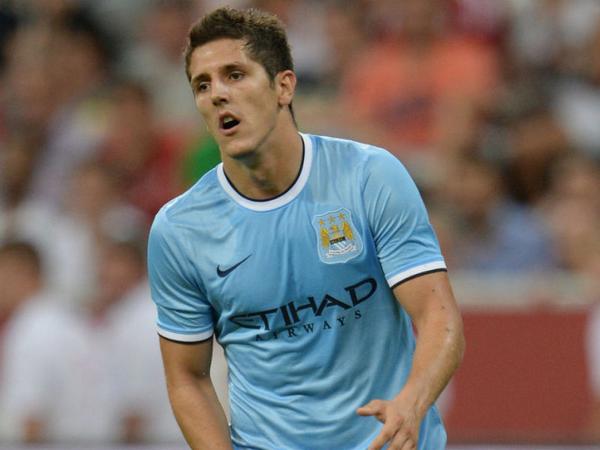 Defending Premier League champions Manchester City are in the capital this weekend to take on Arsenal at the Emirates Stadium.

Ahead of the game, boss Manuel Pellegrini has been speaking at his pre-match press conference this afternoon and gave reporters a team news and injury update.

Let’s start with the bad news and Pellegrini confirmed that striker Stevan Jovetic will miss the game after picked up a hamstring injury while away with Montenegro. The 24-year-old’s injury isn’t thought to be serious though and he could be back for next week.

There was also further bad news for City with midfielder Fernando ruled out for two weeks with a groin problem that he picked up against Stoke before the international break. The injury will now rule him out of upcoming fixtures against Arsenal, Bayern Munich and Chelsea.

“We have Fernando injured. He has a muscle problem [and is out for] maybe a couple of weeks more and also Stevan Jovetic,”

“He came back from his national team [Montenegro] with a problem in his hamstring. I hope Stevan could be fit next week, though I am not sure.”

However, there was some positive injury news as Pellegrini revealed that key defenders Vincent Kompany and Pablo Zabaleta are fit to play despite nursing knocks over the international period.

City will also be able to call upon defender Eliaquim Mangala for the first time since his big-money move from Porto in the summer as the French international has been deemed fit to be in the squad.

Frank Lampard could also make his City debut having worked on his fitness over the past month, but Pellegrini wouldn’t reveal whether the two players will start tomorrow. The Chilean continued:

“All the rest of the players are fit. Vincent played 90 minutes for his national team [Belgium] and he works normally with the squad during the week here so he doesn’t have any problems.”

“Frank is ready. He works for about one month and he doesn’t have any problems. [Mangala] is in the squad list also. We have to play three games in a week so we will see if they play in these games. Both of them are ready to do it but I can’t say which games they will play or if they will play.”

We’ll have our match preview up for the game later on this evening but for now, what team would City fans like Pellegrini to select tomorrow? Leave your suggestions below…