Arsenal will look to put a disappointing week behind them when they take on Aston Villa at Villa Park on Saturday afternoon. Here’s a preview with team news

Arsenal will look to put a disappointing week behind them when we take on Aston Villa at Villa Park on Saturday afternoon.

We did well to get ourselves back in the game against Manchester City last week but another set piece goal saw the Premier League champions rescue a 2-2 draw, making it three stalemates in a row following our win over Crystal Palace on the opening weekend of the season.

Arsene Wenger will be desperate to end that winless run and he may have to pick the players up after a poor performance resulted in a 2-0 loss to Borussia Dortmund on Tuesday in our Champions League group D opener.

We were well below par in midweek so the players are going to have to find their form quickly or we’re in danger of dropping too far off the pace, even at this early stage of the season, with Chelsea already six points clear after just four games.

Villa head into the game in excellent form having won three and drawn the other of their opening four games to see Paul Lambert’s men sit second in the table, with their latest victory a deserved 1-0 win at Anfield last weekend, so they are going to be full of confidence tomorrow.

Mathieu Debuchy should find out tonight [Friday] whether he’ll require surgery on an ankle ligament injury that would keep him out for three months.

Calum Chambers is back in contention having recovered from a bout of tonsillitis and should come in to replace Hector Bellerin at right-back.

Arsene Wenger eased fears over the fitness of Jack Wilshere after he picked up an ankle knock against Dortmund, but I don’t see the boss taking any chances with him so I wouldn’t be surprised if he was rested this weekend. That would allow Mesut Ozil to move more centrally with Santi Cazorla coming back in to the side after being dropped in recent games.

Mathieu Flamini is available again having recovered from a groin injury but Yaya Sanogo joins Nacho Monreal on the sidelines with the Spaniard out with a back injury. Theo Walcott, Serge Gnabry and Olivier Giroud remain out.

Villa are likely to be without influential defender Ron Vlaar with the centre-back a huge doubt with a calf injury. Nathan Baker is expected to deputise alongside former Gunner Philippe Senderos at the back.

Christian Benteke is back in training but this game comes too soon, while Libor Kozak is still working his way back to fitness from a broken leg. 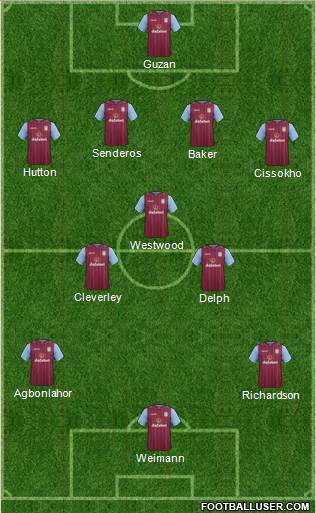 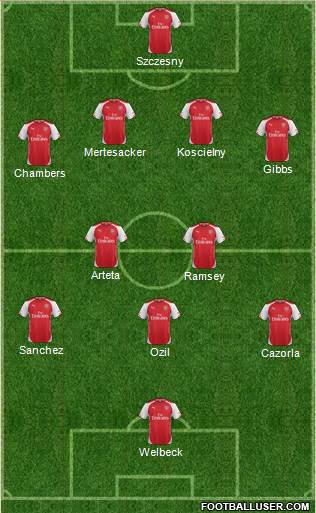 Mesut Ozil: The German playmaker has come under increased criticism for his recent performances and all eyes will be on the 25-year-old this weekend to see how he responds. If he’s played centrally, we might just start to see the best of him.

Aston Villa 1-2 Arsenal: Villa are flying high but we’ve got an excellent record at Villa Park, with Arsenal unbeaten in their last 15 visits, winning eight and drawing seven. If Arsene reverts back to a 4-2-3-1 formation I can see us nicking this game by the odd goal.

What team would you like to see put out and what’s your predicted score for the game?