Manchester United will look to build some momentum week when they take on Leicester City on Sunday. Here is the team we think Louis van Gaal will go with: 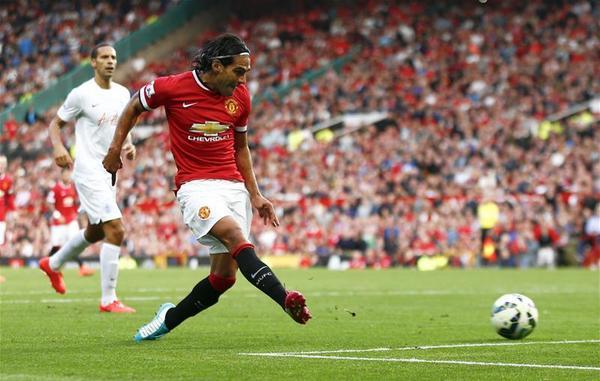 Manchester United will look to build some momentum after their win over QPR last week when they take on Leicester City on Sunday afternoon. Here is the team we think Louis van Gaal will go with:

Goalkeeper: No doubt David De Gea will start in goal unless he picks up a last minute injury.

Defence: Van Gaal is slowly getting his injured players back and although Phil Jones is still on the sidelines, Chris Smalling is back in contention. However, we think the United boss will stick with Rafael, Jonny Evans and Marcos Rojo at the back while Luke Shaw could come in to make his debut at left-back.

Midfield: Daley Blind was hugely impressive on his debut last week so no doubt he’ll keep his place in front of the defence with Ander Herrera and Angel Di Maria just in front. Michael Carrick is back in training but isn’t considered fit enough to be in contention.

Attack: Juan Mata put in a much-improved display against QPR and deserves to keep his place which may mean Radamel Falcao has to continue on the bench if van Gaal goes with the same strike-force as last week. It would probably make sense to ease the Colombian in slowly anyway, so Robin van Persie is likely to once again partner Wayne Rooney up front.

Here’s how we think United will line-up: