Man Utd will look to get their season back on track when they entertain West Ham at Old Trafford on Saturday afternoon. Here’s a preview with team news.

Manchester United will look to get their season back on track when they entertain West Ham at Old Trafford on Saturday afternoon.

The Red Devils have endured a difficult start to the season, winning just one of their opening six games in all competitions, with the latest defeat coming with a thrilling 5-3 loss away at Leicester last weekend.

United looked in control at 3-1 up in the game, but capitulated in the second half to throw away a two-goal lead to lose in the Premier League for the first time in their history.

The result leaves the former champions sitting 12th in the table with just five points from their opening five games so Louis van Gaal will be desperate to kick start their season with a win this weekend.

West Ham arrive at Old Trafford in the unusual position of being above United in the table, with the Londoners currently sitting eighth with seven points from their opening five fixtures.

Sam Allardyce’s side are unbeaten in their two away games so far this season following a 3-1 win at Crystal Palace and a 2-2 draw at Hull, while the Hammers secured their first victory on home soil with a 3-1 win over Liverpool last time out, so they will be hoping to build on that success tomorrow.

United have selection problems at the back with Chris Smalling being ruled out with a thigh injury that he picked up in training this week.

The Englishman is joined in the treatment room by Jonny Evans after he was forced off with an ankle injury against Leicester last weekend, and with Tyler Blackett suspended and Phil Jones still out with a hamstring strain, van Gaal has had to dip into the clubs youth system for defensive back-up.

The Dutchman has called up both Paddy McNair and Tom Thorpe so he’ll have to decide which of the youngsters will partner Marcos Rojo at centre-back, with Luke Shaw coming in to make his full debut at left-back.

Michael Carrick is back in training but isn’t in contention just yet, so he joins Ashley Young, Jesse Lingard and Marouane Fellaini on the sidelines.

West Ham will be without midfielder Cheikhou Kouyate for the game after he picked up a groin injury against Liverpool last weekend.

Kevin Nolan is back in training but isn’t under consideration due to a lack of match fitness, so he joins Matt Javis, Joey O’Brien and Andy Carroll on the sidelines. 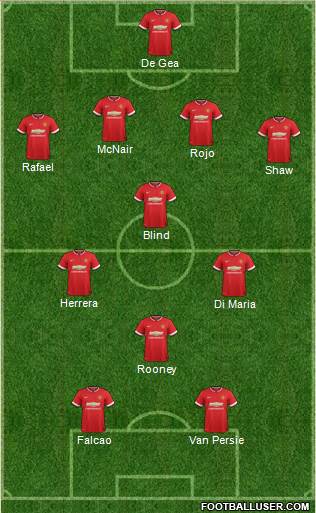 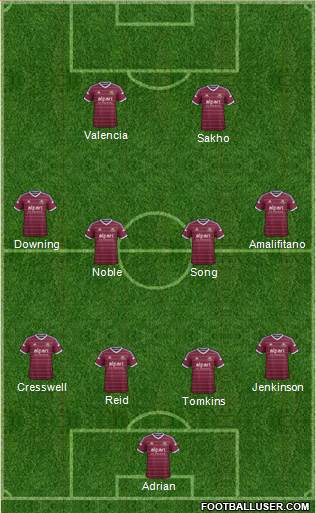 Angel Di Maria: The Argentine has been in superb form since making his big-money move from Real Madrid and despite last weeks disappointing result, Di Maria capped off his performance with a stunning goal. West Ham will need to pay close attention to him if they are to stop a fearsome looking United attack.

Man Utd 2-1 West Ham: United have their issues in defence but they still have one of the most potent attacks in the league and the Hammers have a terrible record at Old Trafford, losing 10 of their last 11 games, so we can see van Gaal picking up a vital win.