Man Utd will look to make it back-to-back victories when they take on Everton at Old Trafford this Sunday. Here is the team we think Louis van Gaal will pick: 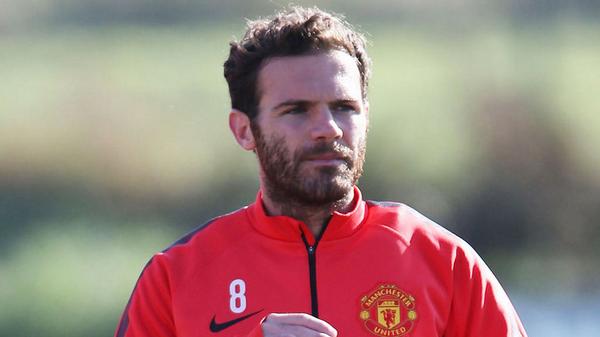 Manchester United will look to make it back-to-back victories for the first time this season when they take on Everton at Old Trafford this Sunday. Here is the team we think Louis van Gaal will pick:

Goalkeeper: David De Gea is certain to start this game unless he picks up a late injury.

Defence: United welcome back Tyler Blackett from suspension but it looks like the 20-year-old may have to make-do with a place on the bench as van Gaal has confirmed Paddy McNair will keep his place after an impressive debut against West Ham last week. With Chris Smalling, Phil Jones and Jonny Evans all still injured, the rest of the defence should also remain unchanged.

Midfield: Ander Herrera has been ruled out with a rib injury so van Gaal may opt to bring in Darren Fletcher alongside Daley Blind and Angel Di Maria. Michael Carrick is still nursing an ankle injury and although Marouane Fellaini has trained all week, he’s not in contention to start just yet.

Attack: Wayne Rooney starts a three-game ban after being sent off last week so van Gaal has a void to fill. The most likely candidate is Juan Mata although Adnan Januzaj is also pushing for some game-time after impressing for the Under-21’s. Robin van Persie and Radamel Falcao will continue to lead the line up front.

Here’s how I think United will line-up: 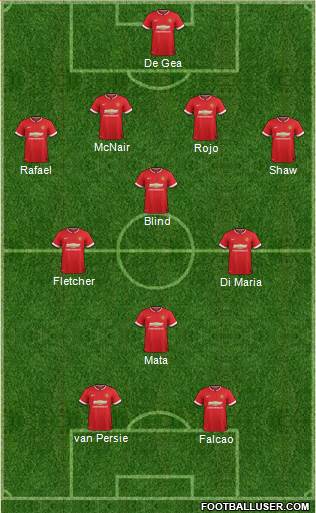