Chelsea will look to consolidate their place at the top of the Premier League table when they play host to Arsenal at Stamford Bridge on Sunday afternoon.

The Blues have enjoyed an excellent start to the new season, winning five and drawing the other of their opening six matches to open up a three point lead at the summit.

Jose Mourinho’s men warmed up for the game with a hard fought 1-0 win away at Sporting Lisbon on Tuesday night to maintain their unbeaten start to the season in all competitions.

Arsenal arrive at the Bridge looking to avenge last seasons’s 6-0 humiliation and no doubt Arsene Wenger will be desperate to come away with a positive result this time around to prove the Gunners are genuine title contenders.

Two wins and four draws have meant it’s been a mediocre start in the league for the North Londoners but they did look back to their best on Wednesday night having thrashed Galatasaray 4-1 at the Emirates, and Wenger will no doubt be looking for a similar performance tomorrow.

The game sees Cesc Fabregas face his former side for the first time since joining Chelsea in the summer and it will be interesting to see what kind of reception he gets from the travelling support this weekend.

Chelsea have no fresh injury concerns to deal with heading in to the game.

Ramires is still out with a groin injury that’s hampered him for over three weeks so he joins Didier Drogba on the sidelines with the striker nursing an ankle knock.

Mourinho has confirmed that Diego Costa is fit to start despite concerns over his troublesome hamstring, so the striker will be looking to add to the eight goals he’s already scored this season.

Arsenal have a mounting injury list with Aaron Ramsey and Mikel Arteta ruled out with the hamstring and calf injuries they picked up during last weeks 1-1 draw with Tottenham.

Jack Wilshere is expected to return to the side after starting on the bench in midweek due to a minor ankle knock, and Nacho Monreal could return to the squad after recovering from a back injury.

Theo Walcott is set to return to full training next week but this game comes too soon so he joins Mathieu Debuchy, Olivier Giroud, Yaya Sanogo and Serge Gnabry on the sidelines. 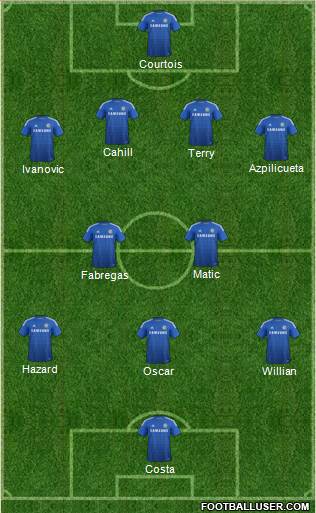 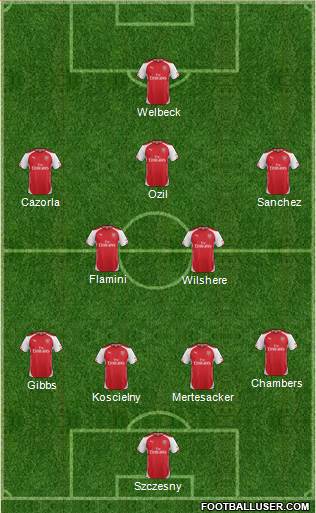 Cesc Fabregas: It’s going to be an emotional game for the Spaniard as he faces Arsenal for the first time as a Chelsea player and the visitors will know only too well how much quality he poseses. If they give him the time and space, the Spaniard will create chances for the likes of Eden Hazard and Diego Costa so Fabregas will certainly be the man Arsenal will want to keep quiet.

Chelsea 2-1 Arsenal: Arsene Wenger has never beaten Jose Mourinho in his previous 11 attempts in the league and I just don’t see that run ended tomorrow. Chelsea look so strong and with the Gunners missing some key men, I think the Blues will edge this one.