Man Utd have been hit by a fresh injury blow with defender Paddy McNair facing three weeks on the sidelines with a hamstring injury, according to reports. 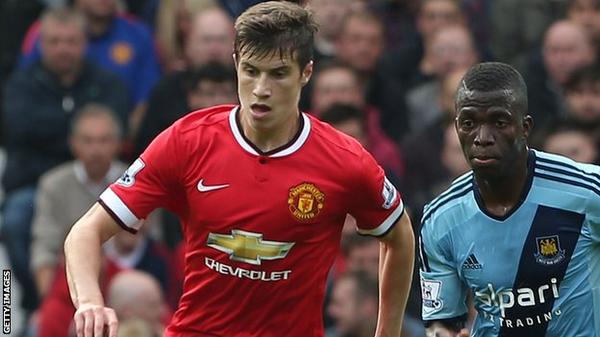 Manchester United have been hit by a fresh injury blow with defender Paddy McNair facing three weeks on the sidelines with a hamstring injury, according to reports.

The 19-year-old has made the step up to the first team in recent weeks after a spate of injuries at the back left Louis van Gaal short of options in defence.

With Phil Jones, Chris Smalling and Jonny Evans all injured and Tyler Blackett suspended, McNair was drafted in to make his senior debut alongside Marcos Rojo during a 2-1 win over West Ham last weekend.

The youngster put in a solid display and despite Blackett returning from his ban, McNair kept his place for the 2-1 win over Everton at Old Trafford on Sunday and it looked like he had put himself firmly in van Gaal’s plans.

The teenager’s impressive form for United saw him called up to the senior Northern Ireland squad by Michael O’Neill for their upcoming Euro 2016 qualifiers against Faroe Islands and Greece.

However, McNair has been forced to pull out of the squad after picking up a hamstring injury and the Mirror claim the problem will keep him on the sidelines for three weeks.

It comes as another blow to van Gaal as the Dutchman has seen his first few months at Old Trafford plagued by a series of injury problems. Thankfully he should have Phil Jones back for United’s next fixture against West Brom after the international break.