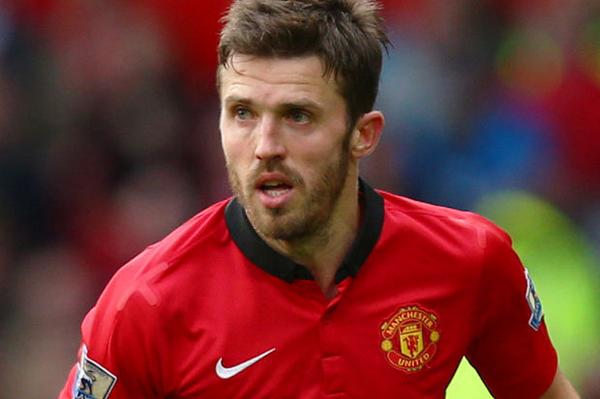 Manchester United boss Louis van Gaal has been handed a triple injury boost with Micahel Carrick, Chris Smalling and Phil Jones all set to return against West Brom, according to reports today.

Carrick is yet to feature this season after undergoing surgery on an ankle ligament injury which he picked up in pre-season training back in July.

The 33-year-old has been gradually stepping up his recovery and after returning to light training last month, the Mirror claim the midfielder is now doing ball work with some of the other first team players.

As long as he doesn’t suffer any kind of set back over the next week, it’s understood Carrick could be in the squad to face West Bromwich Albion on October 20.

His return will be a big boost for van Gaal as he’s had limited options in midfield this season while Carrick and Marouane Fellaini have been on the sidelines.

There is also positive news on Phil Jones and Chris Smalling with the Mirror claiming that van Gaal expects both defenders to also return for the trip to the Hawthorns after the international break.

Smalling has been been nursing a thigh injury in recent weeks while Jones hasn’t played since picking up a hamstring strain while playing for England back in early September, but it looks like the duo will now be back in contention to face the Baggies.

Their return will ease the pressure on van Gaal with the Dutchman forced to play teenager Paddy McNair in recent weeks due to the number of injuries in defence, so it will be a boost to have more experienced heads to call upon.

However, while the injury list is subsiding, the likes of Jonny Evans, Ashley Young, Ander Herrera and Jesse Lingard are still unavailable.