Arsene Wenger has confirmed a double injury blow ahead of Arsenal’s clash against Anderlecht with David Ospina facing an extended spell on the sidelines. 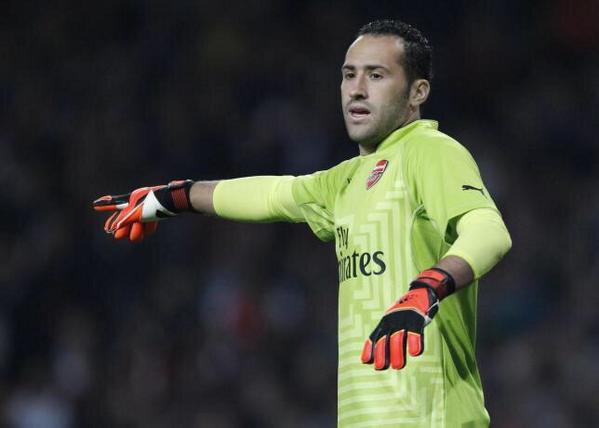 Ahead of the game, Arsene Wenger has been speaking to the media at his pre-match press conference this evening and gave Arsenal.com a team news and injury update.

Unfortunately, the boss confirmed some disappointing news regarding the fitness of David Ospina with the goalkeeper facing up to three months on the sidelines with a thigh injury.

Ospina has managed just one start since his move in the summer as he’s been plagued by a long-standing thigh problem that dates back to his time with former club Nice.

The 26-year-old was forced in to action three weeks ago when Wojceich Szcsesny was sent off against Galatasaray and Wenger has confirmed the Colombian aggravated his thigh injury during his second half cameo and has now been ruled out for between two and three months.

In a double blow, Wenger also confirmed that Francis Coquelin hasn’t made the trip to Belgium due to an unspecified problem, but Calum Chambers is back in the squad after serving his domestic ban against Hull City on Saturday.

Here is what the boss told Arsenal.com:

Chambers is back in our squad after suspension. Coquelin is not in the squad. Szczesny is not here as he is suspended and will be replaced by Martinez.

on the injury to David Ospina…

It is exactly the same one [as from the World Cup]. He had his first injury at Nice – it was a knee problem and he was a bit rushed back and did not use his leg, so his muscle became weaker.

Then he got injured in the World Cup. After that, he came to us injured after the World Cup and it took him two months to play again. I had to bring him on against Galatasaray without a warm up and being prepared, so he had a recurrence of that injury.

It means he is out for two to three months, now we have to be really careful because it is a recurrence of a thigh injury, which is very difficult. It is a long-term injury.

The injury to Ospina is a huge blow as it leaves us exposed in the goalkeeping department and with Szczesny now suspended tomorrow night, Emiliano Martinez will have to come in to make just his third senior start for the club and the 22-year-old will then act as deputy until Ospina is fit again.